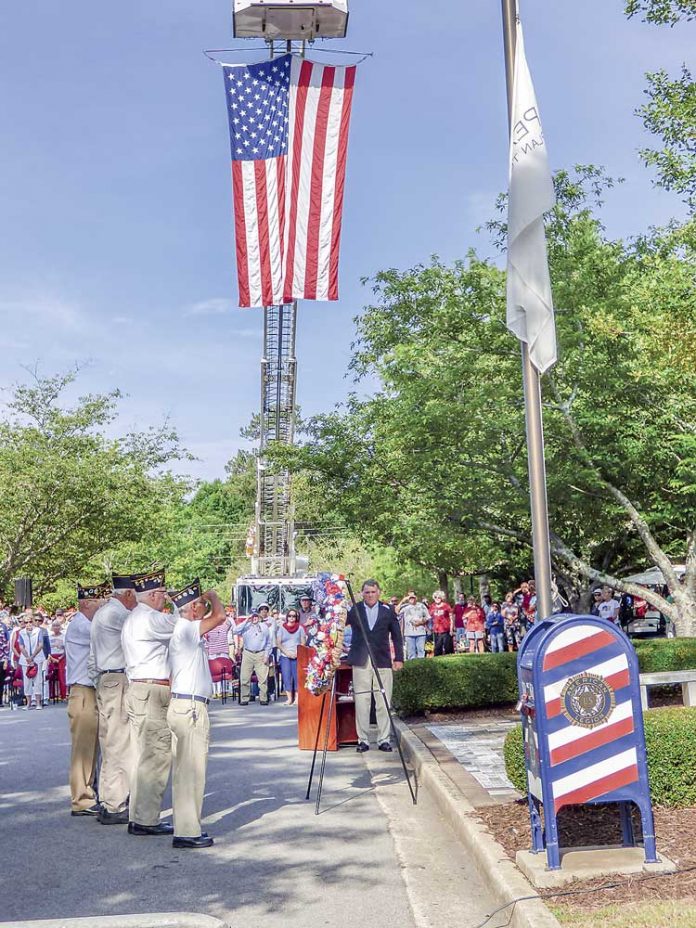 “It’s about the heart and soul of America. It’s about remembering.” Those were the words of Peachtree City Councilman Mike King before a large crowd at the city’s annual Memorial Day Remembrance held in City Hall Plaza on May 29. In the photos, there were plenty of speakers at the cemetery in Fayetteville on May 29 for the annual Memorial Day observance. Yet it was the large crowd, which included many veterans and a significant number of school-age kids, that demonstrated the appreciation held by citizens for the sacrifices made by U.S. military members in the name of freedom. Below, in Peachtree City, citizens of all ages remembered those who gave all for America. Photos/Ben Nelms. 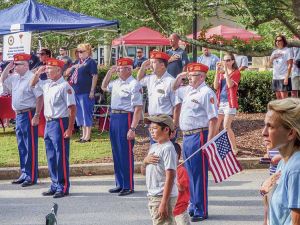 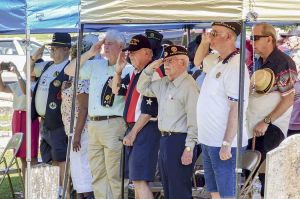