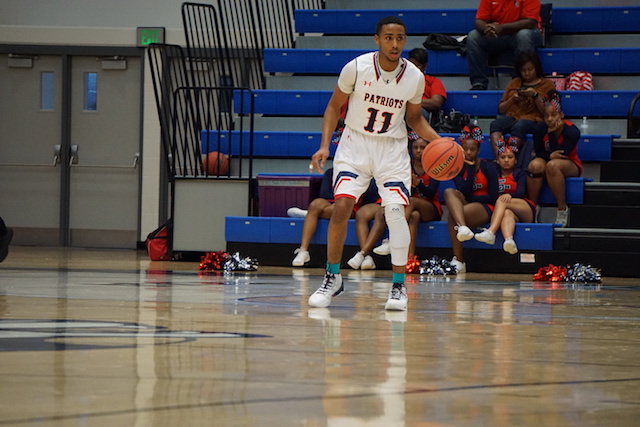 The 2016-2017 high school basketball season in Fayette County has officially come to an end.

The final three teams in the GHSA state tournament each reached the semifinal round before suffering season-ending losses. All three games took place Saturday in Augusta and Columbus.

The Fayette County Tigers concluded their season with a 23-8 record after an 83-60 loss to Buford in the AAAAA state semifinals. Austin Nesmith led the team with 19 points, followed by Noah Gurley with 13. Other scores for FHCS included Jaylen Holloway (9), Phillip Young (7), Josh Dupree (6) and Kahmonnie Willis (6).

In AAAA the Sandy Creek Patriots fell 87-68 to St. Pius to finish with a 23-8 campaign. The leading scorers in the game were KJ Wilkins with 18 and Evan Jester with 14. Rounding out the scoring were Eric Williams (9), Jarred Godfrey (8), TJ Bickerstaff (7), Xavier Brewer (6), Kameron Miller (3) and Chris Porter (3).

The Sandy Creek girls lost 62-50 to Columbus and completed their season with a 24-7 record. The box score was not available at press time.