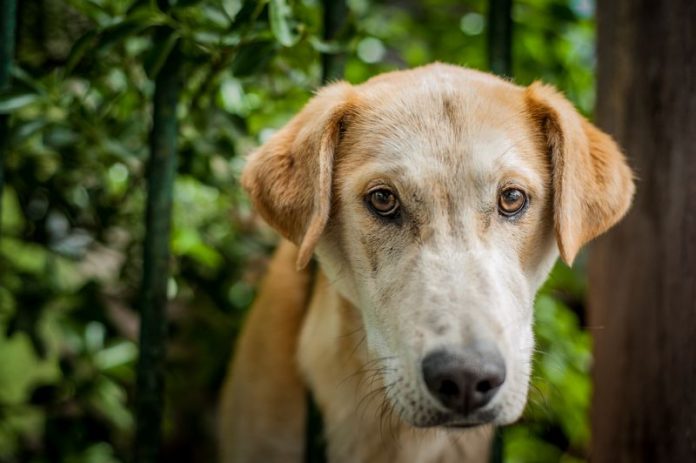 Should individuals, and subsequent public policy, take responsibility for the overpopulation of stray dog and cat populations? Senoia Councilman Jeff Fisher believes both should.

“We live in a cultivated age where everything gets thrown away or disposed of. This ‘out with the old, in with the new’ lifestyle is as convenient as it is costly to society,” said Fisher. “The boundaries of this topic aren’t confined to the increase of technological advances in appliances and electronic gadgets. It is further extended and exacerbated by the common household pet.”

Fisher noted that in a society that seems to value quantity over quality, some businesses and consumers have tacitly formed a partnership that assists in developing the household pet into a disposable commodity.

“Over the past number of years the stray and/or homeless dog and cat populations in Georgia counties have increased astronomically. This is due in part to a number of reasons such as neglect in the form of irresponsibility and lack of personal commitment, failure of owners and government entities to understand and grasp the dire need of spay and neuter programs, blind greed in the form of backyard breeders and puppy mills in pursuit of monetary profit, a lack of funds from poverty stricken environments to vet proper care and a clear lack of knowledge on the part of owners and government entities on the topic,” said Fisher.

Fisher took the position that the current “Take, Make, Waste” approach to animal acquisition allows people to acquire cats and dogs from major contributors to the animal overpopulation problem.

“Sources that perpetuate overpopulation, breeders (puppy mills/backyard breeders) and pet stores help to impede this lack of moral progress by undermining the very purpose of public and private shelters in Coweta and Fayette counties,” said Fisher. “When a pet is purchased from these sources, a shelter animal dies. In Georgia alone it is estimated that 350,000 animals were euthanized just last year.”

The United States is home to an estimated 160 million cats and dogs, with national statistics showing that there are five homeless animals for every one homeless person in the U.S., Fisher said.

“Thousands of these unwanted, abandoned, neglected, and stray animals continue to pour into animal shelters across Georgia counties, far outnumbering the homes available to take them in. People often bring their unwanted pets or newborn litters to shelters with the assumption that the animals will be adopted into new homes,” Fisher said. “According to the ASPCA, nearly half of all animals entering a shelter are euthanized and disposed of. Some of these facilities that offer stray intake and euthanasia services are increasingly overwhelmed and at times attacked or ridiculed by an emotional public who blame facility staff for the reality of euthanasia as a fundamental ‘last resort’ necessity.”

Fisher proposed that appropriate government intervention and meaningful support can play a key role in the statistical outcome of this topic.

“Rules and regulations can influence the prevention of stray animal populations and how they are processed. However, as noble of a cause as it may seem on the surface, facilities that adopt ‘no-kill’ (defined as 10 percent or less euthanized) policies before local legislation overcomes the indiscriminate breeding of animals for profit in their communities and before establishing and fully funding sufficient spaying and neutering services, the results are often far worse for animals than euthanasia as an alternative means” Fisher said.

“Failure to spay and neuter, how we acquire our dogs and cats and how long we keep them are major contributing factors to overpopulation. Emotion aside, overpopulation will eventually lead to an unsustainable breakdown of the imposed legislative policy or the systematic control standard of euthanasia as a method of disposal for the commodity we call ‘a pet.’ For every one of these animals that are eventually put down due to overcrowding, a person continuing to expand the boundary walls of ‘out with the old, in with the new’ lifestyle is ultimately responsible.”

Fisher maintained that it is irresponsible to defy the basic tenant of supply and demand by producing more of any product than can be sold or given away.

“To do otherwise is to facilitate irresponsibility. It seems that as this commodity’s popularity grows, its impermanence also grows with it,” said Fisher. “We certainly would not use this in terms to eventually describe our friends, our families, our loved ones or ourselves? Such are the judgments associated with the so-called moral progress of our nation.”

Local organizations such as Pedal for Pets and the H.E.L.P. Spay/Neuter Clinic in Newnan work to bring awareness of the need to spay and neuter dogs and cats as one of the ways to cut down on over-population.

Also locally, it was in early 2012 that 29 animals in a puppy mill were voluntarily surrendered to the Newnan Coweta Humane Society.