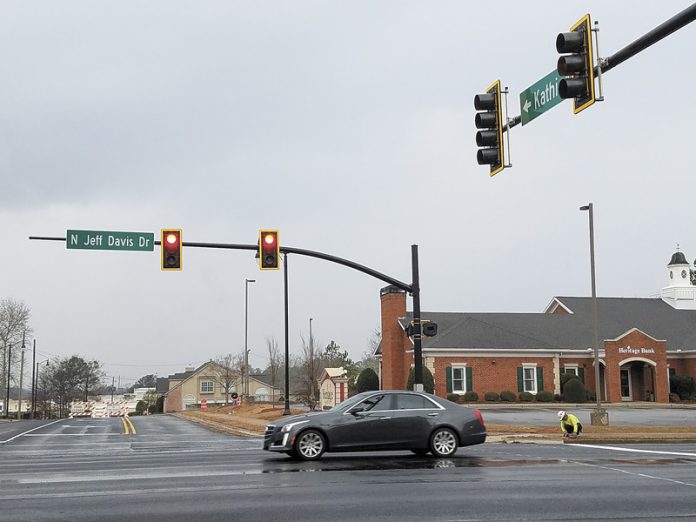 The final portion of the Ga. Highway 92 North and Hood Avenue realignment project is expected to open Friday morning, according to Fayetteville Public Services Director Chris Hindman, who said he also expects the new traffic signals over North Jeff Davis Drive to be switched to full-cycle at the same time.

All of this depends on cooperative weather this week, Hindman said. When completed, motorists will be able to travel between the intersection of Ga. Highway 85 and Hwy. 92 North and the intersection of North Jeff Davis Drive and Kathi Avenue via the newly-constructed Easterbrook Way.

A central roundabout located on the new roadway between Michael’s and Heritage Bank will also connect motorists further south to Georgia Avenue and on to Hwy. 54 along a newly-built Church Street extension.

The first phase of the realignment project brought Hwy. 92 North and Hood Avenue together at a roundabout, which then connected by a single roadway to Hwy. 85. Previously, both Hood Avenue and Hwy. 92 North intersected with Hwy. 85 only a short distance apart. “We’re excited about getting these final phases of the Hwy. 92 and Hood Avenue Realignment Project completed,” Hindman said. “We expect it to make traveling through Fayetteville even safer and more efficient.”