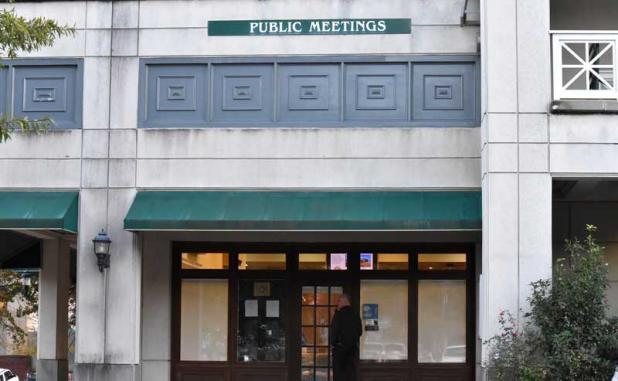 The list of potential transportation projects for the upcoming SPLOST referendum is one step closer to being finalized.
Having been approved Sept. 6 by the Transportation Committee, the draft list now goes before the Fayette County Board of Commissioners at its Sept. 22 regular meeting for approval.
County staff prepared a list of 24 projects for inclusion on the March referendum. Four of those projects do not have SPLOST money allocated to them but are included in case one or more of the other projects are determined to not be feasible or completed under budget. The SPLOST budget for transportation projects is $19,520,353.
Here is how the list is broken down with recommended SPLOST contributions:
• Infrastructure preservation and improvements ($3,468,773) include the Ebenezer Church Road bridge replacement and Kenwood Road school zone along with paved roads, gravel roads and bridges.
• Federal aid corridor improvements ($8,392,300) include realignment of Ga. Highway 279 and Corinth Road as well as Sandy Creek Road operational improvements and Ga. Highway 74 corridor study improvements.
• Listed intersection improvements ($5,470,000) include Redwine/Bernhard/Peachtree Parkway, Brogdon/New Hope roads, Ebenezer Church/Ebenezer/Spear roads, Antioch/Goza roads, and intersection safety improvements.
• Pedestrian, bicycle and multi-use projects ($1,706,680) include the Redwine Road multi-use path, Starr’s Mill school tunnel, and other bike lanes and multi-use paths.
• Scoping studies ($19,520,353) include Banks Road, Tyrone/Palmetto roads, Lees Mill/New Hope/Kenwood roads, Inman Road, and Hwy. 279.
• Also listed on the report are eligible but unfunded federal aid corridor improvement projects ($19,200,000) for the four projects listed as scoping studies.
The Transportation Committee’s vote was 9-0-2 in favor of recommendation, with two members not present at the meeting.
In other business, two public hearings are on the board’s agenda. A request to rezone 8.5 acres on Hwy. 74 South from A-R to O-I for development of a medical office will be considered, as will a request to revise the minor subdivision plat for Woodbridge Farms on Rising Star Road so that one specific lot can be subdivided into two lots.
The board will bring back up a previous discussion regarding a possible change in the hours for the county lakes to sunrise to sunset to allow more user opportunities and align the operating hours with other parks.
New business includes a recommended revision of county policy which would not allow anyone to be appointed to more than one county authority, board, commission or committee at the same time except to the extent expressly permitted or provided by state law. Also on the agenda is a proposed ordinance amendment regarding transfer of alcoholic beverage licenses.
The consent agenda includes a mutual aid agreement with the Coweta County Fire Department, changes to several emergency management plans, and a bid of just under $786,000 for the purchase of two new pumper tankers.
During the proclamation/recognition portion of the meeting, the Georgia Emergency Management/Homeland Security Agency is scheduled to present four checks totaling $346,782 for public assistance toward recovery efforts from the December floods, which were a declared disaster.