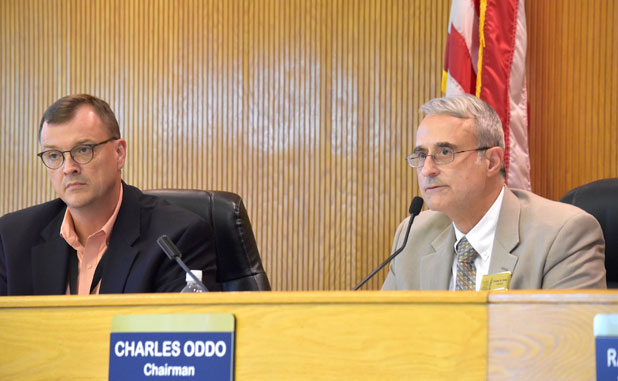 The decision is made: It’s a six-year SPLOST, but minus any money for a school-system-run performing arts center.

The Fayette County Commission Thursday night approved a November ballot referendum on a 1-cent special local option sales tax that will raise nearly $65 million for projects in the unincorporated county, mostly related to stormwater and transportation, and up to $42 million for use in Peachtree City.

Fayetteville, Tyrone, Brooks and Woolsey would receive smaller amounts, based on their relative population as a share of the total.

Conspicuously missing will be any SPLOST money to be used to pay for nearly half of a proposed $40 million performing arts center.

There’s just not enough time left, Commission Chairman Charles Oddo said. Not enough time to nail down the details, draft the required intergovernmental agreements to determine how much each entity would allot to the arts center construction costs and still meet the deadlines involved in getting the countywide SPLOST question onto the Nov. 8 general election ballot for voters to say yes or no.

Oddo said he supported the notion of an arts center, but that it would have to be considered at a later time.

The board then pointedly stripped the county’s $3.6 million share of the arts center costs from the SPLOST ballot measure and reallocated that money to transportation projects.

Peachtree City Mayor Vanessa Fleisch, Fayetteville Mayor Ed Johnson and Tyrone Mayor Eric Dial and others appeared on behalf of the 6-year SPLOST measure and pledged their councils would revisit their SPLOST project lists and remove the arts center funding from them as well.

As announced as late as mid-week, the arts center was to have served as the centerpiece of the massive Pinewood Forrest development in west Fayetteville, as envisioned by Chick-fil-A restaurant chain CEO Dan Cathy, a Fayette resident.