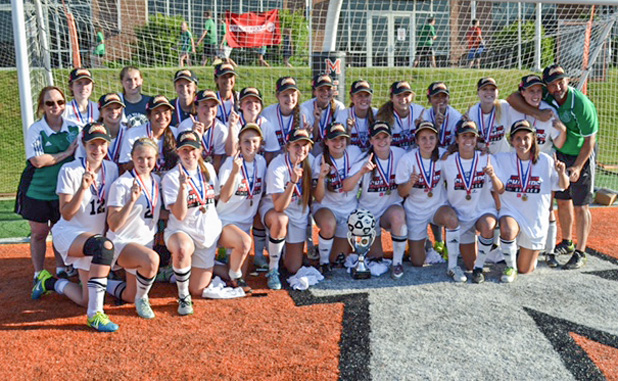 The McIntosh Lady Chiefs won the AAAAA state soccer championship Saturday night at Mercer University in Macon with a 4-0 victory over Columbus. It was the school’s fourth such championship in six years and the Lady Chiefs’ tenth state title since the GHSA began awarding championships in girls soccer in 1992. With this win, the trio of McIntosh, Northgate and Starr’s Mill has won the state title seven consecutive years. Photo/Submitted.