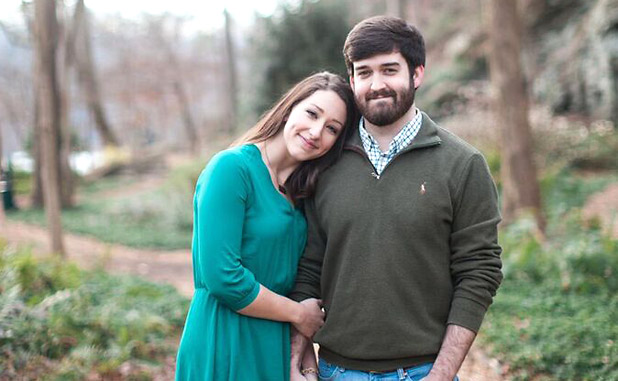 Paige is the granddaughter of Mr. and Mrs. Leon R. Brannon of Jonesboro and Mr. and Mrs. Philip Merrifield of Atlanta.  She is a graduate of Whitewater High School and the Georgia Institute of Technology, where she received a bachelor’s degree in science, technology, and culture and a bachelor’s degree in business administration. Currently, she is a user experience researcher at CareerBuilder of Norcross.

Chip is the grandson of Mr. And Mrs. George Freeney of Albany and Mr. and Mrs. Charles T. Meadors of Tyrone. He is a graduate of McIntosh High School and the Georgia Institute of Technology, where he received a bachelor’s degree in computational media. He is employed as a user experience designer by Home Depot in Atlanta.

The wedding will be May 15, 2016, at The Foundry at Puritan Mill in Atlanta. After a honeymoon in Turks and Caicos Islands, the couple will live in Atlanta.