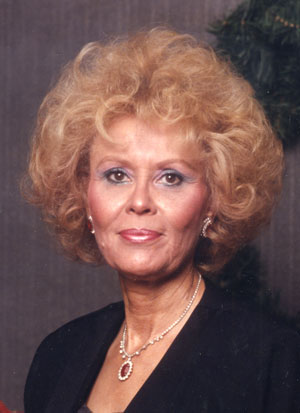 She was the only child of the late Carlotta Perry Shepherd and John Baffin Shepherd. This proud and lifelong sorority sister of AKA graduated from Clark College in 1954. Professionally, real estate would become a lifelong passion as she received great joy in placing hundreds of families in the home of their dreams and throughout the years, although she was presented many career opportunities, she continued her real estate business on the side. In 1972, legendary Atlanta doctors Dr. William H. Borders, Dr. Juel P. Borders and Dr. Leon Cooper formed the West End Medical Center where Sondra served as executive director. In 1985, she joined the Federal Aviation Administration (FAA), where she rose to the title of Real Estate Contracting Officer and retired after 22 years of service. For over 40 years Sondra was a member of the Pernickety Bridge Club, a sisterhood of friends she dearly loved.

A Memorial Service will be held on Saturday, March 12, 2016 at 3 p.m. in our Cascade Chapel. Family and friends are asked to assemble at the chapel at 2:30 p.m. on the day of service.