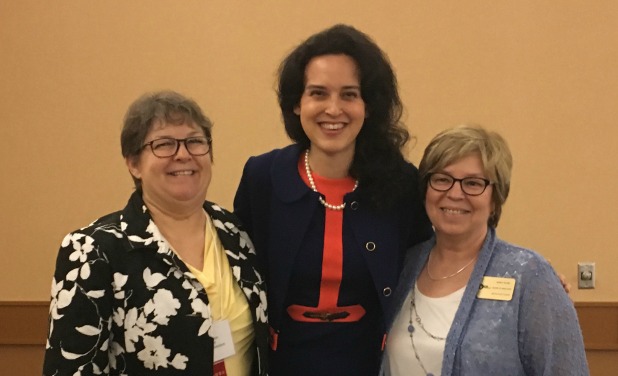 The highest honor that a Georgia middle school teacher can receive was bestowed on Christy Todd of Rising Starr Middle by the Georgia Middle School Association, naming her their 2016 Educator of the Year.

Todd received the award at an awards luncheon held on the last day of the association’s annual conference that took place in Columbus, Georgia February 21-23.

In order to be considered for the award, nominees must exemplify educational excellence by having made significant contributions to the middle level program in his or her school and/or system, exhibited effectiveness as a middle level educator, held positions of leadership at the school or system level, and demonstrated outstanding communication skills with students, staff, leadership, parents, and the community at large.

On hand to present her with the award was retired Rising Starr Middle principal Len Patton who originally hired Todd, and current school principal Nancy Blair.