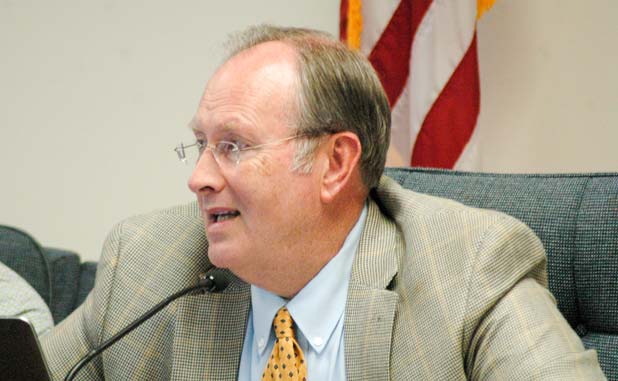 The more stringent Georgia Milestones Assessment System is up and running, and with it students in Fayette and across the state are performing at a different proficiency level compared to the previous assessment methodologies such as the CRCT (Criterion-Reference Competency Tests) that used less specific ratings.

Fayette County School Superintendent Joseph Barrow maintains that Fayette students are continuing to show some of the state’s best achievement despite the more stringent assessment system designed to equate Georgia’s lagging performance to the rest of the nation.

Fayette County School System Assessment Coordinator Kris Floyd at the Nov. 16 meeting of the Fayette County Board of Education explained that Georgia Milestones is closely in line with national performance standards. It is compared to those standards that Georgia is woefully lacking.

Tests such as CRCT have long been used as a marker for achievement. When compared to the National Assessment of Educational Progress (NAEP), those results show a significant gap, Floyd said.

“This is brand new,” Floyd said of the spring 2015 tests just released by DOE. “There’s nothing to compare it to. NAEP selects the grades and the students.”

Fayette students tested on the more stringent assessment made a better showing than the state average. Yet having the four new categories will result in a different look at the levels of proficiency.

In grades 4-8 in ELA, Fayette students ranged from 10-16 percent in the Distinguished Learners category compared to 6-9 percent of students statewide.

In terms of Proficient Learners, between 37-47 percent of Fayette ELA students in grades 3-8 fell into that category compared to 26-31 percent of those students statewide.

As with ELA, Fayette students in grades 3-8 also placed in similar fashion in the four categories in math, science and social studies.

“This is the year we dig down into the data to see how we move forward,” said Barrow. “There’s still a lot of work to do with this data.”

As he has noted on previous occasions, Barrow said he believes Fayette students will continue to show significant proficiency regardless of the assessment methodology employed by the state. In the long run, said Barrow, Milestones will move Georgia up in terms of proficiency compared to other states. CRCT showed only minimal competency, Barrow added.

Board member Barry Marchman noted that while Fayette scores near the top in the state, the larger question will be where the county’s students score compared to the top-scoring school systems across the nation.

According to the Ga. Department of Education, the purpose of the Georgia Milestones Assessment System is to “provide information about how well students are mastering the state-adopted content standards in the core content areas of language arts, mathematics, science and social studies” and to “provide students with critical information about their own achievement and their readiness for their next level of learning” whether in the next grade or course or college and career endeavor.

Below, the Fayette County Board of Education on Nov. 16 heard a presentation on where Fayette and Georgia students stand with achievement levels in the recently-implemented Georgia Milestones assessment. Pictured, from left, are board members Barry Marchman and Dan Colwell, Superintendent Jody Barrow, Chairman Marion Key and board members Diane Basham and Leonard Presberg. Photo/Ben Nelms.