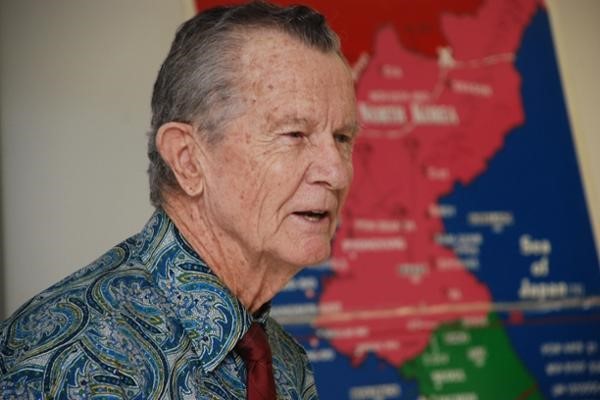 A change of venue has been announced for the upcoming meeting of the Fayette County Historical Society.

Due to repairs on the floor at the Margaret Mitchell Research Center, the center is closed until further notice.

The meeting will now take place Sunday, Nov. 15, at 3 p.m. in the Fayette County Board of Commissioners meeting room at 140 Stonewall Avenue in Fayetteville.

Col. Ben Malcom assumed command of a battalion which was part of a top secret Special Forces/CIA unit in Seoul, South Korea in January of 1952, though he was only a first lieutenant at the time. He was responsible for training and leading 800 North Korean guerrillas. Their battalion became known as the “White Tigers” and their operation was classified for 40 years.

In 1990 the files became unclassified and Colonel Malcolm was able to talk about his experiences and relay them in his book, “White Tigers My Secret War in North Korea,” published in 1996. Documentaries made by the History Channel and a Seoul television station have brought much notoriety to Malcom and his unit.

Malcom will be on hand to tell stories about this dangerous and complicated mission at the Nov. 15 meeting of the Fayette County Historical Society.