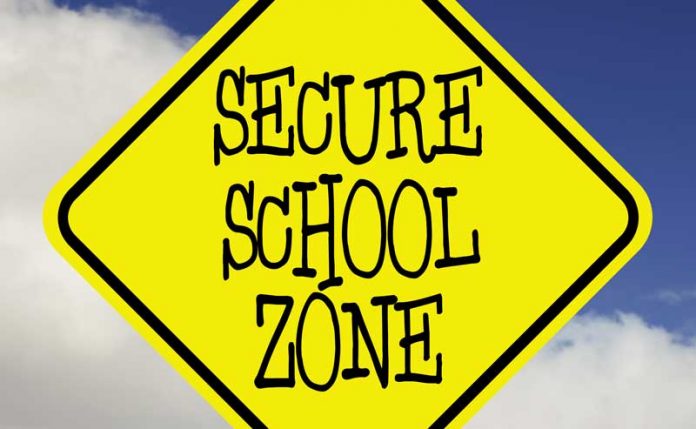 Three students from a Fulton County high school were found and removed this month from Sandy Creek High School. School system Safety, Discipline and Athletics Coordinator Ted Lombard on Monday said he was informed that this did happen on Oct. 14, that the students were detected and that they were removed from the school.

Lombard said the high schools on Oct. 14 were involved in administering PSAT tests.

“Based on information gathered from faculty members, the students in question and a review of security camera recordings, three juvenile males from Westlake High School (Fulton County) took an UberCab to Sandy Creek High School and entered through the front doors around 10:50 a.m. Note that the other exterior doors are kept locked during the school day,” said Lombard. “They apparently went to a restroom in the 100 hall and stayed there, entering the halls during class transition and briefly milled around with the student body. They went to the cafeteria during lunch where a faculty member noticed them and didn’t recognize them as SCHS students and then notified the on-duty administrator, Richard Smith.”

Lombard said Smith asked the students to identify themselves. Their responses did not pass muster.

“They gave the names of SCHS students which Mr. Smith knew was incorrect. At a point in the questioning they ran out of the building towards a waiting UberCab,” Lombard said. “Since (the Sandy Creek student resource officer) was not there that day, the SRO at Flat Rock Middle School was called for support, as had been coordinated earlier. She apprehended two of the three; the third ran into a neighboring housing development and was never found by other deputies. The two juveniles were taken to the Sheriff’s Department where they were searched (one was found with a small quantity of marijuana), issued warnings for criminal trespassing and then turned over to their parents.”

Lombard noted that the security videos did not indicate that any drug transaction took place at Sandy Creek.

Lombard said the school system is working on approval to have entry control implemented on the front doors of each secondary school.

“We are getting quotes to install access control systems, similar to those used our elementary schools, installed in our secondary schools in order to help prevent this kind of intrusion,” Lombard said.