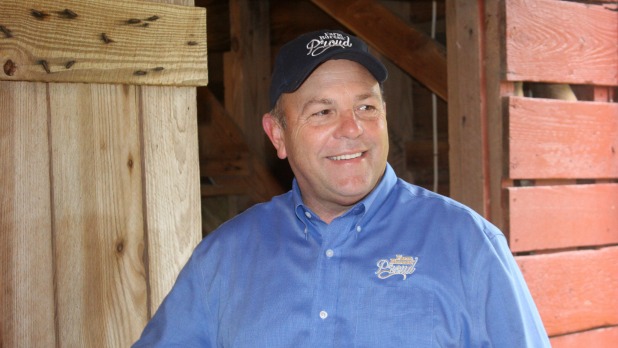 Georgia Farm Bureau President Zippy Duvall is traveling the country campaigning to become president of the American Farm Bureau Federation. A third-generation Georgia farmer and lifetime member of the Georgia Farm Bureau, Duvall is ready to lead the AFBF and is committed to leading it into the future while ensuring the organization stays true to its original purpose: to be the united voice of American farmers and ranchers.

“Agriculture is not only essential for life, it is essential for the security of our nation,” Duvall said. “I understand what it takes to keep Farm Bureau strong and extend our role as the respected, trusted voice for agriculture in America.”

“AFBF is a critical grassroots organization that provides an avenue for farmers and ranchers to engage in the important national conversations that effect our agricultural communities,” Duvall said. “From the time I first became involved in Farm Bureau as a young farmer, I learned that building relationships and bridges with others is key to getting your voice heard and making a difference. This is the core of who I am and is what I have done throughout my life both on my farm and in my public service.”

Duvall made a commitment to agriculture and public service early in his career. He has been involved in multiple county, state and national organizations as well as many agriculture groups. He lives on his farm in Greene County, Georgia, with his wife of 36 years, Bonnie. The Duvalls have four children and three grandchildren.

Duvall announced his candidacy in July after AFBF President Bob Stallman announced he would not seek another term after leading the organization for 16 years. “I decided to run for the national office after being asked by several state Farm Bureau presidents and after much prayer with my family,” Duvall said. “I love my job as Georgia Farm Bureau president and the thought of leaving it was the toughest part of this decision because it’s so rewarding to work with all of our county volunteers and to represent Georgia’s farmers, but I believe the diversity of Georgia’s agriculture has prepared me to represent all of America’s farmers. The campaign responses traveling the country to state Farm Bureaus has truly been an encouraging journey for me.”

More information on Duvall’s campaign for AFBF President can be found at www.zippyduvall.com as well as connecting on social media via Facebook and Twitter.