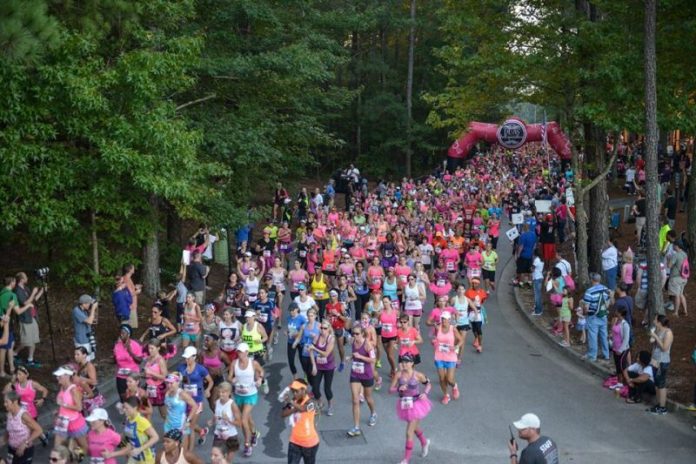 The event will follow a rolling enclosure, which means that traffic will be affected for a short period starting about 15 minutes before the first runner enters a section and ending about 15 minutes after the last runner leaves that section. Runners will be off most roads and on the cart path by 9:10 a.m. and Peachtree City safety officials will reopen the roads as soon as race operations cease.

Certain sections of the cart paths will be affected 8:10-11:30 a.m. and residents are asked find alternate path routes while runners are on the path. Race officials have posted a detailed map of the race route, showing the times when runners will be in the different sections of the race route. This map can be found at www.runlikeadiva.com/closures. However, the following is a summary of roads which will be affected by the route during the designated times:

Race officials ask residents and businesses to follow the detours and instructions from race representatives to ensure a safe event for the participants and the residents. They also suggest planning an earlier start during those times to avoid delays. Residents can contact race organizers with any questions at community@runlikeadiva.com.