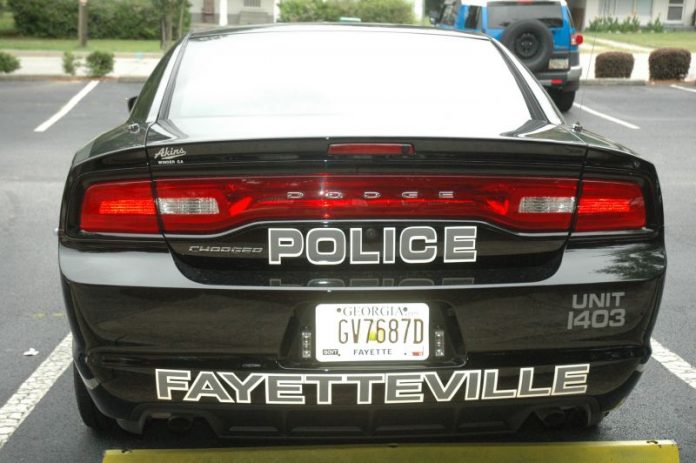 Update – Aug. 10: The subject shot during the incident was 21-year-old Fayetteville resident Jordan J. Collinsworth, who is still at Grady Hospital with no update on his condition available. Fayetteville Police Dept. spokesman Mike Whitlow said investigators are exploring the possibility that Collinsworth and the resident who shot him are known to each other.

Original story: A Thursday afternoon home invasion in the Lakemont subdivision in south Fayetteville left the intruder shot four times by one of the residents.

Preliminary information provided by Fayetteville Police Department spokesman Mike Whitlow indicated that a white male armed intruder in his 20s just before 3 p.m. attempted to gain entry into a residence on Wind Ridge Drive through a locked garage door.

Whitlow said a resident in the home heard the noise, went to investigate and found the man standing inside the garage holding a handgun. At that point the resident went and retrieved a handgun, said Whitlow.

When the resident returned to the downstairs area he heard the suspect attempting to make entry through a rear entry door, Whitlow said, adding that the suspect forced entry into the home and was shot by the resident.

Whitlow said the suspect was transported to Grady Hospital with four gunshot wounds and is in critical condition.

The name of the intruder has not been released at this time.

The residents of the homes were shaken by the incident but were not injured, Whitlow said.

The incident is still under investigation, Whitlow said.

Whitlow said it is unclear at this time if the armed intruder knew anyone was at home.

Anyone with information pertaining to this incident is asked to contact Detective Chris Stevers at 770-719-4220.