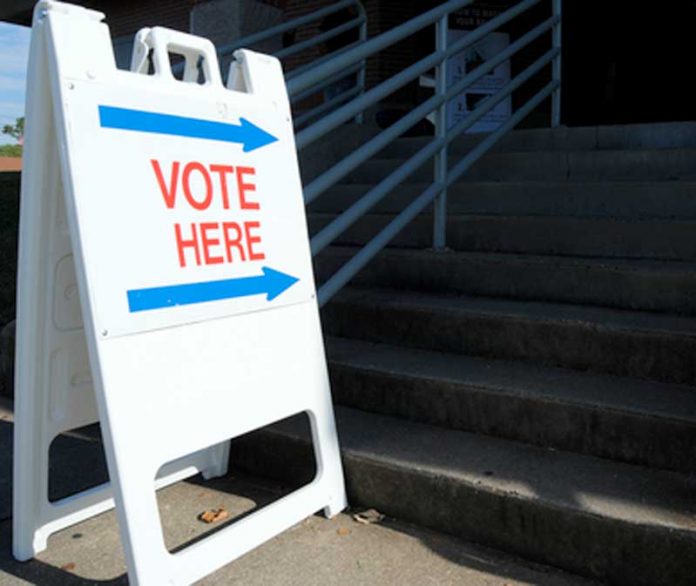 Whenever the special election is held to fill the vacancy on the Fayette County Commission, all the candidates and all the voters will be residents of the redrawn District 5, not at-large.

The order from Federal District Judge Timothy C. Batten, Sr. came Monday afternoon, and it puts a halt to current plans for a Sept. 15 at-large special election. No decisions have been made yet as to when a special election confined just to the judge-ordered majority-minority district will be re-scheduled. [Click here to read the judge’s order.]

So far one person, Angela Bean, has signaled her intention to run as a Republican in District 5. Her home is located within the judge-ordered district lines.

The NAACP and several local plaintiffs sought the temporary injunction last week after the county decided state and county rules obligated Fayette to hold an at-large special election to replace the late Pota Coston, a Democrat who swept the same district last fall with two-thirds of the votes cast. Candidates would have had to reside in a 2012 version of District 5.

Judge Batten brushed aside opposing arguments filed by the commission and the Fayette County Board of Education and found for the NAACP on all issues.

“Recognizing the parties’ interests and the public interest in avoiding voter confusion, the Court does not take this decision lightly. But a decision must be made, and it must be made promptly. For the foregoing reasons, the Court grants Plaintiffs’ motion for preliminary injunction.,” Batten wrote in his order issued Aug. 3.

“The BOC is hereby enjoined from qualifying candidates and conducting the special election and any special runoff for county commissioner post 5 under at-large voting, and the BOC is hereby ordered to qualify candidates and conduct such special election, and any related runoff, using the Remedial Plan adopted by this Court on February 18, 2014, and in a manner consistent with this Court’s orders of February 18, 2014 and February 21, 2014,” Batten wrote.

“[T]he Remedial Plan was the last plan used during an election cycle, and Ms. Coston was elected under that plan. The Court finds this fact significant in evaluating the equities of granting the requested relief,” Batten wrote.

“The Court notes at the outset that it has faced many difficult decisions in this case, and this is certainly among them. However, after carefully considering the arguments of the parties, the evidence presented on the record to date, and the context of the present motion, the Court has determined that Plaintiffs’ motion for a preliminary injunction should be granted,” Judge Batten wrote.

“At present, there are only four commissioners, which means that important matters can be held up in the event of a tied vote. The Court therefore recognizes the need to conduct a special election without delay and has endeavored to issue a decision as soon as possible to avoid delay in electing a new commissioner,” Batten wrote.

“Unfortunately, under the present circumstances, the Court believes there is likely to be voter confusion either way,” Batten wrote.

“Having determined that the injunction should issue, the Court cautions that this is not a permanent injunction, and it should not be viewed by the parties as an indication that the Court will necessarily rule in favor of Plaintiffs at trial,” Batten wrote.

“As with most preliminary injunctions, the parties are still developing the record in this case, and Defendants have raised some issues that could ultimately persuade the Court to decide in their favor at trial even though the Court was not convinced by them for purposes of this motion,” Batten wrote.