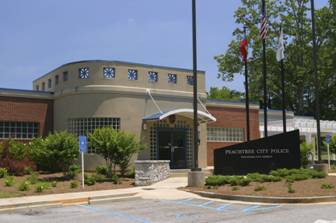 The Peachtree City Police Department has been selected by the International Association of Chiefs of Police as the recipient of first-place honors in the National Law Enforcement Challenge for efforts in traffic safety during the 2014 calendar year.

The department was judged against other agencies of similar size (25-99 officers) from across the United States and was found to have the best overall traffic safety program, according to officials. The award is based on an independent assessment, by subject matter experts from across the country, of the agency’s traffic safety efforts against identified best-practice standards in several categories.