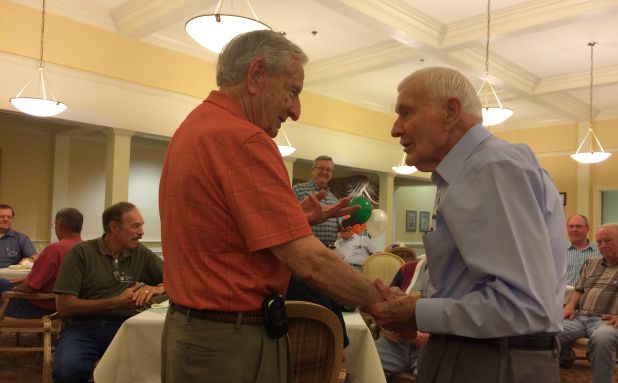 Holbrook was addressing the Fayette County Civitans and telling of his experiences on D-Day (June 6, 1944) during the Allied invasion at Normandy.

Only 19 at the time, he was in the first wave of LSTs and was the first man out of his LST. He saw many of his fellow soldiers killed in the assault.

Both men received a heartfelt standing applause for their contribution in helping to keep America free.