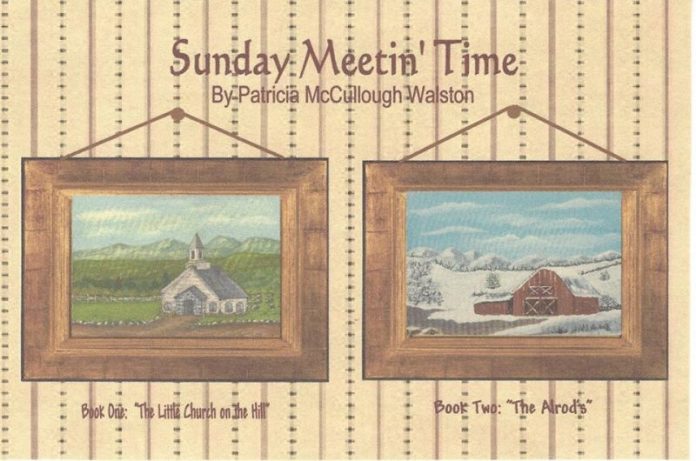 Patricia Walston, a long-time Fayette County resident, is a free-lance writer, historian, genealogist, teacher, parent and grandparent. She has written award-winning articles and is published in print and online.

A mentor in every aspect of family life based on wisdom, experience, faith and Biblical principles, Pat is a storyteller.  You can follow the progress of the books on her Facebook Page at “Author – Patricia McCullough Walston.”

These stories were first published in her popular newspaper column, “Atlanta Faith and Family,” at Examiner.com.  She is among the top five writers for the company in her class, and she has brought over a million viewers to her page. They have been reprinted worldwide. What began as a weekly series morphed into two full novels.

Information about various aspects of the books can be found on her Facebook page.  There you will find reviews, photos, tidbits of the text, and interesting information from and about the books. They are available in hardback, softback, and various e-book formats.

Writing since she was ten years old living in the projects in Atlanta, Patricia is now 74 years old.  She fulfilled the prophecy of her fifth-grade teacher, Annie Frances Flanigan from Luckie Street School in 1953.  She predicted that “Patsy” would one day write a book and also encouraged her artwork. Patricia painted the artwork on the covers of both novels.

The wise saying, “Write about what you know about,” has been accomplished as Patricia said, “I had to live this story before I could write it.”  She was only eight months old when Pearl Harbor was bombed.

“Sunday Meetin’ Time Series” is a compelling story that takes place in the late 1930s and early 1940s. America was made strong by families who worshiped in small rural churches, honored God, loved their families, and respected their country.  Could America be saved by the same practices?

The story takes place just prior to World War II, in a little valley near the foothills of a small mountain range where you will find the Alrod family.  It is a remembrance to those who lived during the era and a look back in history for those whose ancestors carved a nation out of the wilderness.

It has captivating characters and the riveting stories of their lives.  It contains all of the genres: history, poems, songs, scripture, romance, mystery, humor, and adventure. You will laugh at the hijinks of little five-year-old LeRoy.

An immigrant grandfather from Ireland settled the farm that would remain for over 150 years. The side effects of this book will cause you to sob at the family’s losses and laugh at their antics as they praise God through it all.  Herman Alrod is a corn farmer by heritage and inheritance.  He became the reluctant pastor of the little church on the hill.  Like today’s families, you will find life happening everywhere.

This fictional story will be timeless, but very timely as it parallels the times in which we live today.

The books were published by WestBow Press, a division of Thomas Nelson, the world’s largest publisher of Bibles. Patricia said, “I am honored that they published my books!”

They can be purchased online at http://bookstore.westbowpress.com/Author/Default.aspx?BookworksSId=SKU-000935597.