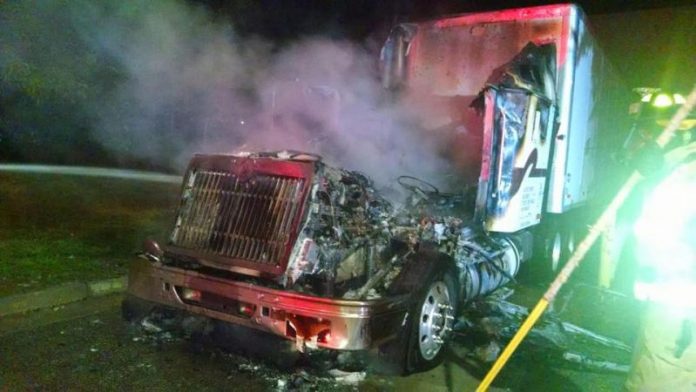 Peachtree City fire crews extinguished the blaze of a big-rig June 12 that was parked next to a loading dock on Guthrie Way off Ga. Highway 74 South. The driver was unharmed.

Firefighters extinguished the fire before it could spread to the building it was docked against on Guthrie Way, according to reports. Fire officials said the driver made it out of this sleeper cab with only his shorts.

Firefighters were able to sift through the smoldering debris and salvage the man’s wallet and personal car keys, reports said.

Firefighters and police were able to get the driver some shoes and a T-shirt and deliver him to a local hotel.