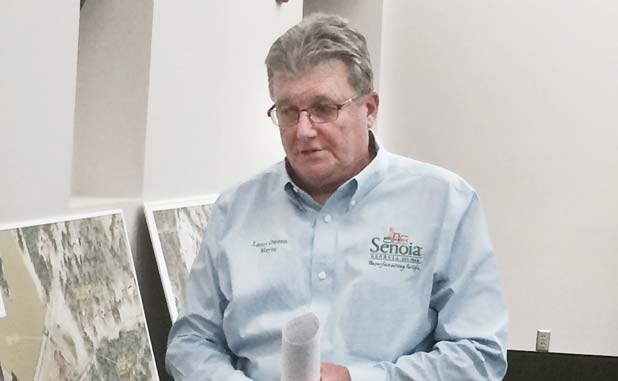 Senoia’s western entry point is on the way to becoming a signature gateway.

On Tuesday afternoon, city officials and representative from the DOT held an open house for residents to see the plans for the realignment of Pylant Street with Ga. Highway 16.

The $2.5 million project, funded by the city and the state, would correct the 38 degree angle intersection with the highway to a 90 degree angle. In their report DOT officials said the project would also enhance pedestrian activity by installation of a sidewalk along Pylant Street and provide pedestrian connection to the city’s park trailhead. It would also replace a structurally inadequate bridge culvert over Dead Oak Creek that is located within the Pylant Street approach to Hwy.16 and create a city gateway at the intersection for traffic entering and exiting onto Pylant Street to access the city to the east.

The project consists of the realignment of Pylant Street to intersect State Route 16 at a 90 degree angle.

DOT officials said the project is approximately 1850 feet in length and includes a grade separation at Dead Oak Creek. The project includes turn lanes on both Hwy.16 and Pylant Street.