[Editor’s note: Dr. John Henahan of Peachtree City wrote this account of the Booth winners, which included his son.]

In a story worthy of a television special, the team persevered after the first two of three robotics rounds ended in disaster.

On the first run, their robot, dubbed “Shoebox,” had a system crash and scored only 75 points out of a possible 857.

With two rounds left, the team did not despair, but rather got to work re-installing all the system programs. The second run was going along beautifully until disaster struck late, limiting their score to just 390 points.

With only one round left a Korean team named “Best Core” had a commanding lead with 750 points.

With only one hour between the second and third round the team could only make minor tweaks to the pneumatic system that had failed in round 2 and limited their score.

The team was comprised of Robbie, Jacqui and Caitlin Van Zyl along with Samuel Liu, Parker Korn and Owen Henahan.

As a First Lego League team, the robot performance is a critical component of success, but not enough to ensure victory. The other critical elements are Core Values and a research project designed to provide a solution to a social problem.

Core Values include Gracious Professionalism, “Coopertition”, Integration, Inclusion, Discovery and Having Fun! The team created a presentation to demonstrate how they incorporated those values into their team that was presented to the judges.

This year’s project was to come up a solution to student disengagement. The team built a solution called “Braingagement,” that used the latest in neuroscience and technology.

They interviewed Columbia neuroscientist Josh Davis, Ph.D., researched the literature on why video games are so engaging and then crafted a solution that took elements of both into a new way of engaging all students in learning and providing individualized feedback to students to strengthen weak areas.

The team achieved very high scores in the Core Values, Project and robot design presentations, but without a good robot score, there would be no chance of high finish overall.

On the final run, the two robot controllers, Robbie and Caitlin Van Zyl, manned the obstacle course table preparing to give the robot run a last shot. 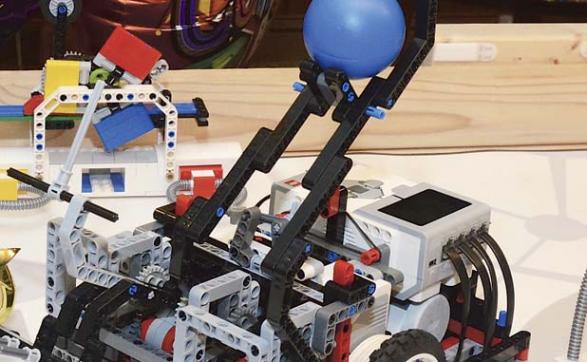 Their robot “Shoebox” had to navigate a series of challenges that involved speed, precision and efficiency to achieve a high score. As the clock ticked down to the start of the final round they prepared Shoebox and hoped all their hard work would finally pay off on the table.

Shoebox performed flawlessly earning the team the high score in the competition with a 763.

At the awards presentation, the team was awarded the trophy for best robot performance and then waited anxiously to see if their performance in the other areas were enough to win the overall.

When the announcement came of the team’s overall victory, they and their coaches celebrated with the hundreds of others that had participated in the 2015 FLL US Open at Legoland in California.

The World Class Warriors are the first-ever winners of the competition from Georgia. They could not have done it without their coaches and sponsors. Special thanks to Coach Jason Bingle, assistant coaches Gerrie and Kathy Van Zyl and the sponsors, Yamaha, Chick Fil-A, Panasonic and Hella.

Below, the Booth robotics team with its Lego winners’ trophies. 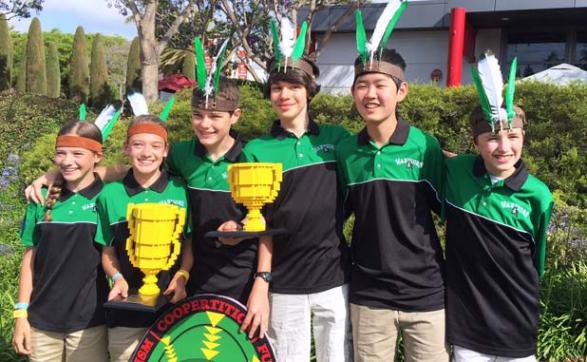