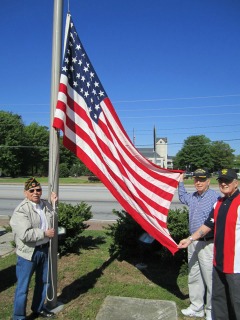 In recognition of the 70th anniversary of V-E Day, celebrating victory in Europe during World War II, members of American Legion Post 105 in Fayetteville raised a special flag at the Log Cabin.