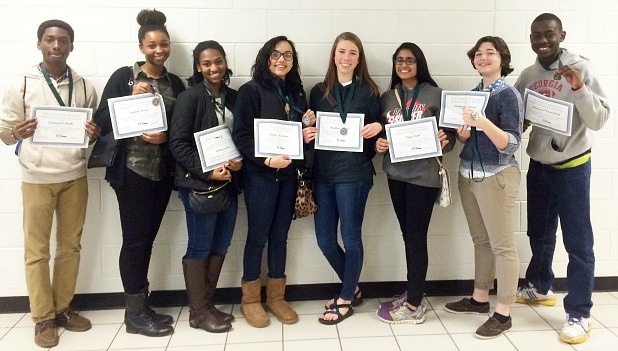 The contest evaluates language students on their ability to communicate in the target language by conversation with an interviewer. Students compete against a set of standards, not each other. Participants are rated according to the quality of performance at three levels of competency: superior, excellent or notable.

The number of awards is not limited. Students who perform at one of the three competency levels receive corresponding ribbons.

Level four students had to hold a conversation in their language for 12 minutes. Spanish students Tajah Damm received a silver ribbon, and Jordan Fason received a bronze ribbon.