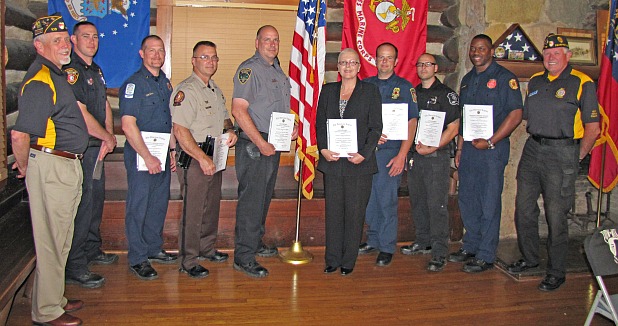 For many years, Fayette County Post 105 has presented its American Legion Public Safety Awards to honor first responders from the eight different departments that serve the county.

Pictured above are the honored recipients of 2015 with Post 105 officials.