Peachtree City resident Lynne Marquardt heard the cranes calling last week — and found them stopping over on their migration on the grassy lakebed of Lake Peachtree.
“On Tuesday, Feb. 17, about 4 p.m., I heard a flock of sandhill cranes and went out to see them fly over. I was surprised to hear them calling from the lake bed just behind Lakeside Drive. I have lived here for over 30 years and never saw any land nearby. It must be because the lake looks like marshland at this time,” she said.
The lakebed is currently in the beginning stages of being dredged to remove more than a decade of accumulated silt.
“I saw another group landing today (Feb. 21) about 3 p.m. and took another photo with my Canon Power Shot SX 40 on auto focus. I called my brother, John Lawther, to come share the experience and today shared with a very nice woman who was walking on the path and came to see them as well.”
Cranes are among the most ancient of birds still alive today. There are several subspecies of the sandhill crane that may be found from Florida and Georgia to Canada. Males weigh up to 10 pounds with wingspans averaging nearly seven feet across.
“These cranes frequently give a loud trumpeting call that suggests a French-style ‘r’ rolled in the throat, and they can be heard from a long distance. Mated pairs of cranes engage in ‘unison calling.’ The cranes stand close together, calling in a synchronized and complex duet. The female makes two calls for every one from the male,” according to Wikipedia.
All photos in this article are provided by Lynne Marquardt. 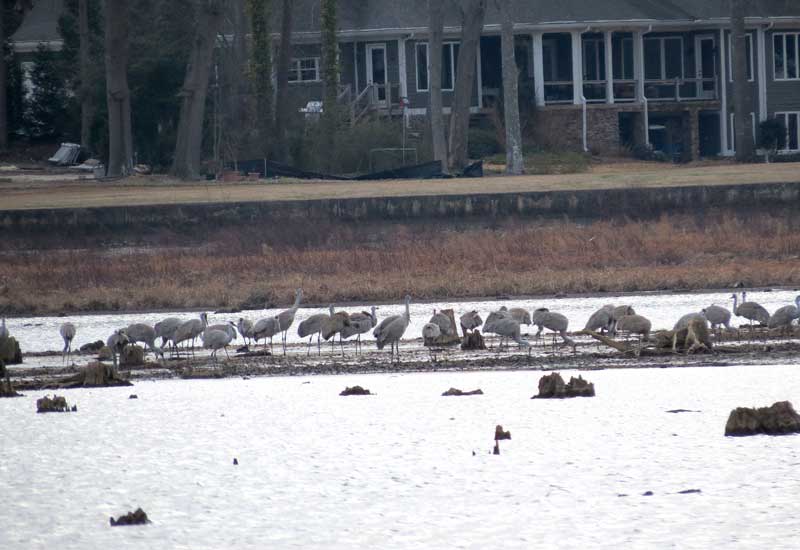 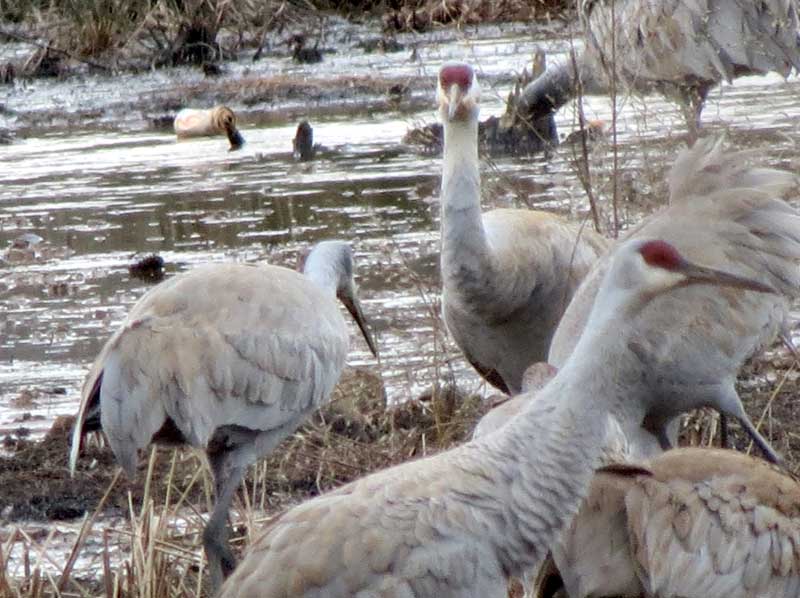 Elections Board member blows off report of 123 missing Peachtree City...