Security camera photos published by the news media have led to the capture of a young Fayetteville man accused of sneaking into the pharmacy at the south Kroger in Fayetteville on June 8, police said.

Justin Blake Moody, 21, was arrested at noon today and is charged with one count of burglary, and police said he was “encouraged by family members to surrender” after his photo was published in the news Tuesday.

Moody is accused of taking an unusual route into the closed pharmacy around 9 p.m., by sneaking into the ceiling via the men’s restroom, police said. Moody allegedly attempted to take two bottles of a controlled substance, which he ultimately left behind while trying to leave, police said.

Though Moody fell through the ceiling of the pharmacy during the incident, he was able to escape the store without anyone having spotted him, police said.

Police said Moody walked out of the store through the front door and left in a black Chevy Tahoe driven by an unknown suspect.

Below is a surveillance photo of the suspect near the front of the store. Photo courtesy Fayetteville Police Department. 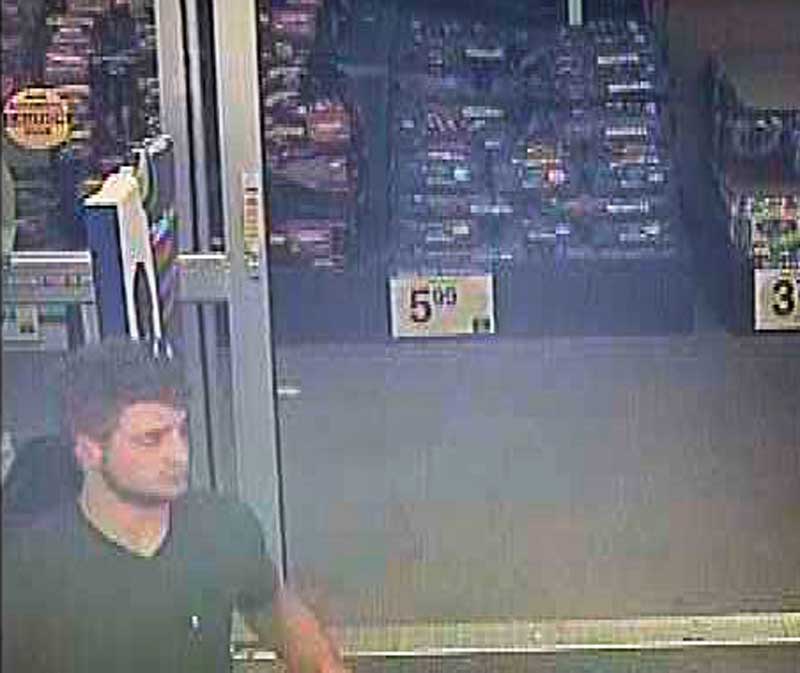