At right, McIntosh’s Amy Brewer keeps her eye on the lofted ball at midfield. Despite being an away game at Kennesaw State University, more than 400 fans watched the boys and girls teams claim victory. Goals were scored by Taylor Malasek, Martha Trimbach, Amanda Bartholomew and Jackie Gray.

Below, Didrik Cooper-Seip, who had a “hat trick” with three goals in the Chiefs’ 7-1 state title victory, laced this shot in for his first goal. It was the Chief’s second straight AAAAA title and their 44th win in a row, capping off two back-to-back undefeated seasons. Story below. Photos/John Munford. 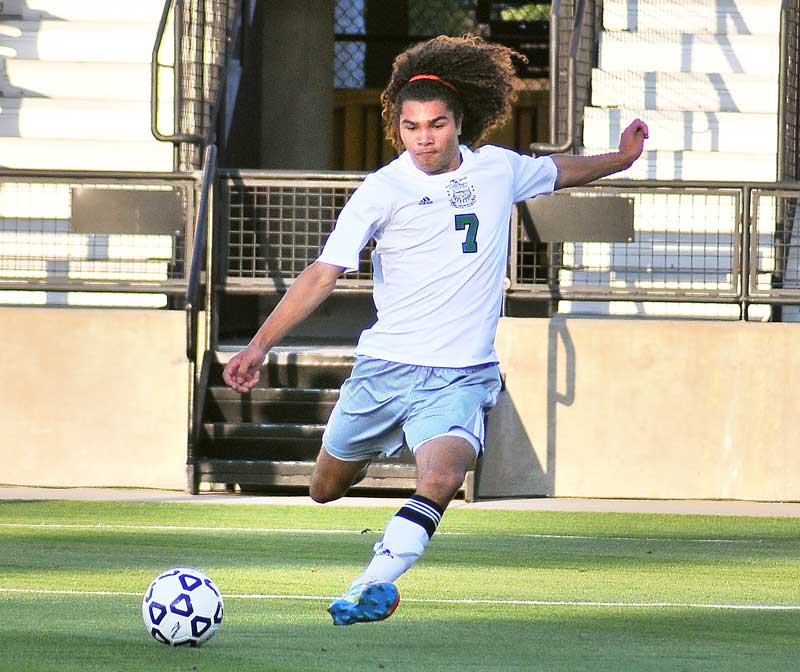 McIntosh downed Starr’s Mill 4-1 in the girls’ game, which the Chiefs took the boys’ crown with an 8-1 win over Houston County.

The Chiefs ran the table in 2014, finishing with a 22-0 record and extending their winning streak to 45 games. They gave up seven goals the entire season while scoring 133. They outscored their state playoff opponents 28-2. Before a 3-1 win over Starr’s Mill in the regular season finale, the team recorded ten straight shutouts.

The Lady Chiefs closed out their regular season with a 6-0 loss at Marist and a 2-0 loss at Starr’s Mill, their only two defeats of the season after starting 14-0. They entered the state tournament as the third seed from Region 4-AAAAA. But shutout wins over Greenbrier, Glynn Academy, Northview and Northgate earned them a shot at the title and a rematch against the Lady Panthers. They outscored their opponents 14-1 in the state tournament.

This is the third time in school history that both teams have won state titles. It also happened in 1992 and 2000.

The Starr’s Mill Lady Panthers finished their season 19-4 with their seventh region championship.

In photos below, McIntosh defender Daichi Uki put pressure on this Houston County player early on in the Chiefs’ 7-1 victory in the AAAAA championship game May 16. And, McIntosh’s Taylor Snell battles a Starr’s Mill defender for the ball during the Lady Chiefs’ championship victory over their cross-town rival May 16. Photos/John Munford. 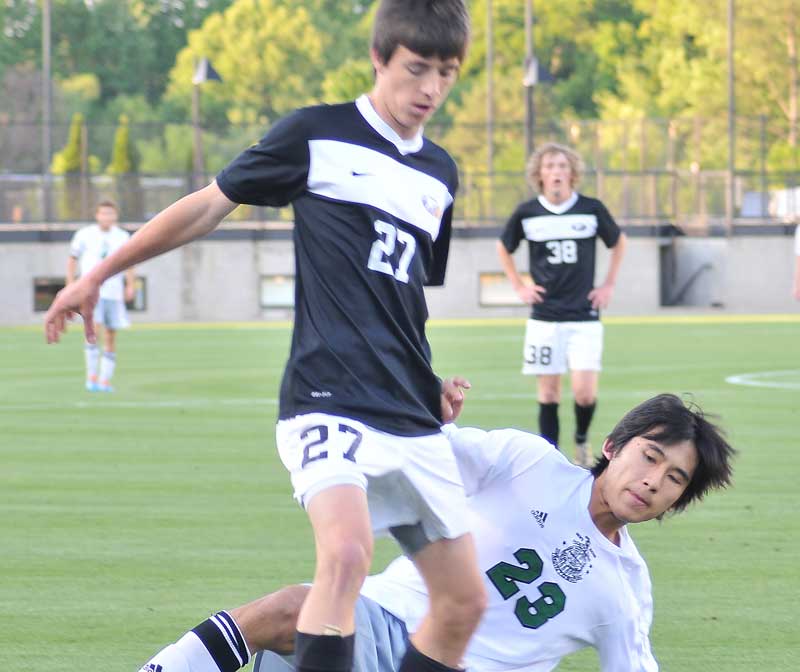 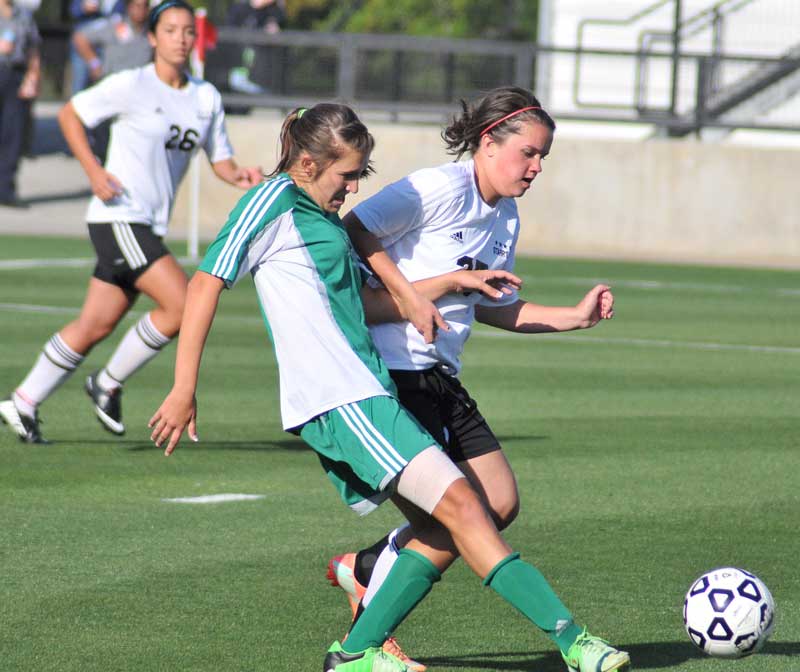