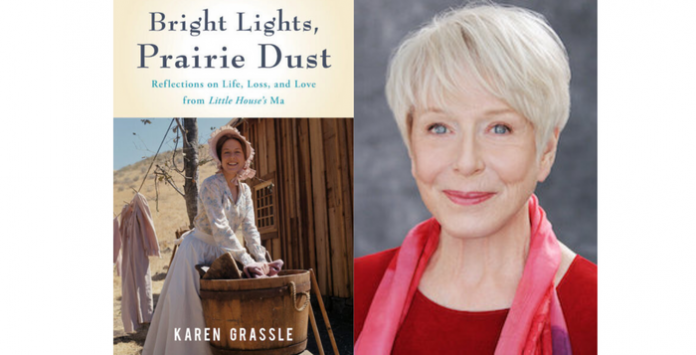 Karen Grassle, the beloved actress who played “Ma” on Little House on the Prairie, will be at Peachtree City Library on Monday, November 14, at 6 p.m. for an “after-hours” book talk and signing in the Floy Farr Room.

Grassle grew up at the edge of the Pacific Ocean in a family where love was plentiful, but alcohol wreaked havoc. In her candid memoir, Bright Lights, Prairie Dust (She Writes Press, 2021), Grassle reveals her journey to succeed as an actress even as she struggles to overcome depression, combat her own dependence on alcohol, and find a loving relationship. With humor and hard-won wisdom, Grassle takes the reader with her through the sexual revolution and upheavals of the ’60s, to training at the famed London Academy of Music & Dramatic Art, behind the curtains of Broadway, and onto storied Hollywood sets. Raw, emotional, and empathic, Bright Lights celebrates and honors womanhood, in all its complexity.

Grassle graduated from UC Berkeley and attended the London Academy of Music and Dramatic Art on a Fulbright. She went on to a career in New York as well as in theatres all over the US. She cowrote and starred in the TV film Battered and is known for her advocacy on behalf of equality for women. In the last fifteen years, she has appeared in plays nationwide, as well as in three indie films. She resides in the San Francisco Bay Area and takes pleasure in her relationship with her son, Zach Radford, and spending free time in the garden.

Attendees for the book talk and signing are urged to park in back of the library and enter at the downstairs entrance.