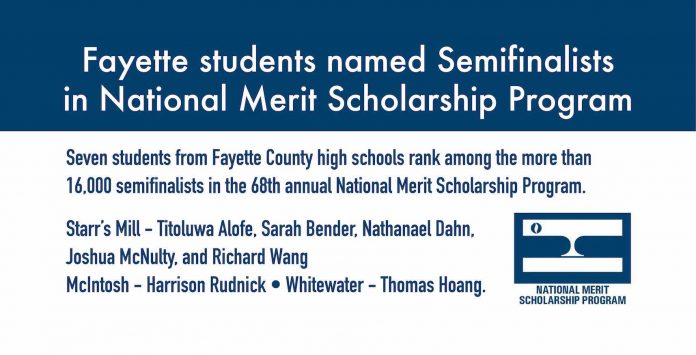 The semifinalists move forward in the competition for 7,250 National Merit Scholarships worth nearly $28 million.

The nationwide pool of semifinalists, representing less than one percent of U.S. high school seniors, includes the highest-scoring entrants in each state. The number of semifinalists in a state is proportional to the state’s percentage of the national total of graduating seniors.

National Merit Scholarship winners of 2023 will be announced in four nationwide news releases beginning in April and concluding in July. These scholarship recipients will join nearly 368,000 other distinguished young people who have earned the Merit Scholar title.