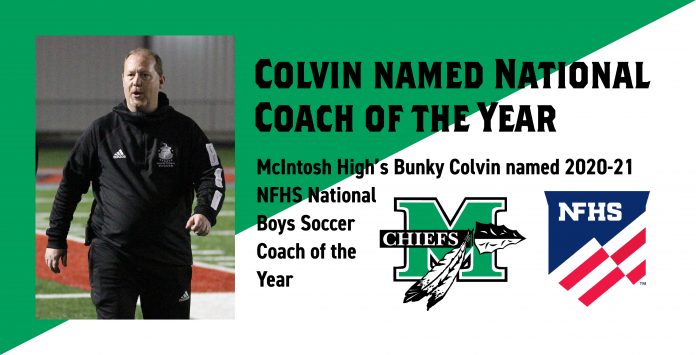 Bunky Colvin is among the best of the best. McIntosh High’s Colvin has been named the 2020-21 National Boys Soccer Coach of the Year by the National Federation of State High School Associations (NFHS) Coaches Association.

In May 2021, Colvin’s boys soccer team beat Johnson High 2-1 for their 8th state soccer championship. Along with hoisting another championship trophy, the win over Johnson was Colvin’s 400th career victory.

Coaches were selected based up on their team’s performance in the 2020-21 school year, lifetime won/less record, community involvement, school involvement, and philosophy of coaching, and they are nominated by their state association.

— This article provided by the Fayette County School System.