Turning away a last-minute proposed redistricting map from the NAACP, the Fayette County Commission last Thursday sent its own map for voting district boundaries to the Georgia General Assembly for approval.

The vote was 3-to-1 for adoption, with District 4 Democrat Commissioner Charles Rousseau in opposition. He wanted to delay a vote pending further consideration of the NAACP map that proposed creating two districts with high but not majority percentages of black voters.

It was a party line vote, with three Republicans voting for the county-produced map and the lone Democrat voting against its adoption. Commission Chairman Lee Hearn participated remotely and did not vote.

The NAACP map would have redrawn commission district voting lines so that current District 4 — Rousseau’s district — would have retained a black voting percentage of about 47% while creating a new District 1 with 37% of black voters.

Instead the commission stuck with one majority black district that would for the first time have more than half the voters being black.

The county’s redistricting lawyer, Bryan P. Tyson, said the federal voting rights act favored creation of majority black districts, and that the county would be following the federal voting law in moving around 1,000 black voters into District 4.

Rousseau complained about “packing” black voters into one district, but the other commissioners said the new map complied with the law, thus lowering the possibility of a legal challenge.

The current District 4 — under a negotiated legal settlement more than 8 years ago — has a black voter total of about 46%, less than half, Rousseau noted.

The notion was that two districts having high, but not majority, percentages of black voters would have a better chance of picking up white or other voters who would cast ballots for Democrat candidates, thus producing a possibility of two Democrat seats on the county commission instead of an assured one seat.

The voting rights act guarantees voting rights for minorities, but has no provision for setting up districts to favor one political party over another. The U.S. Supreme Court has in the recent past declined to overrule district boundaries gerrymandered to favor Democrats or Republicans. Both parties gerrymander, the court noted, and that political process is beyond the scope of a judicial ruling.

Next stop for the new map is the General Assembly in the 2022 legislative session. 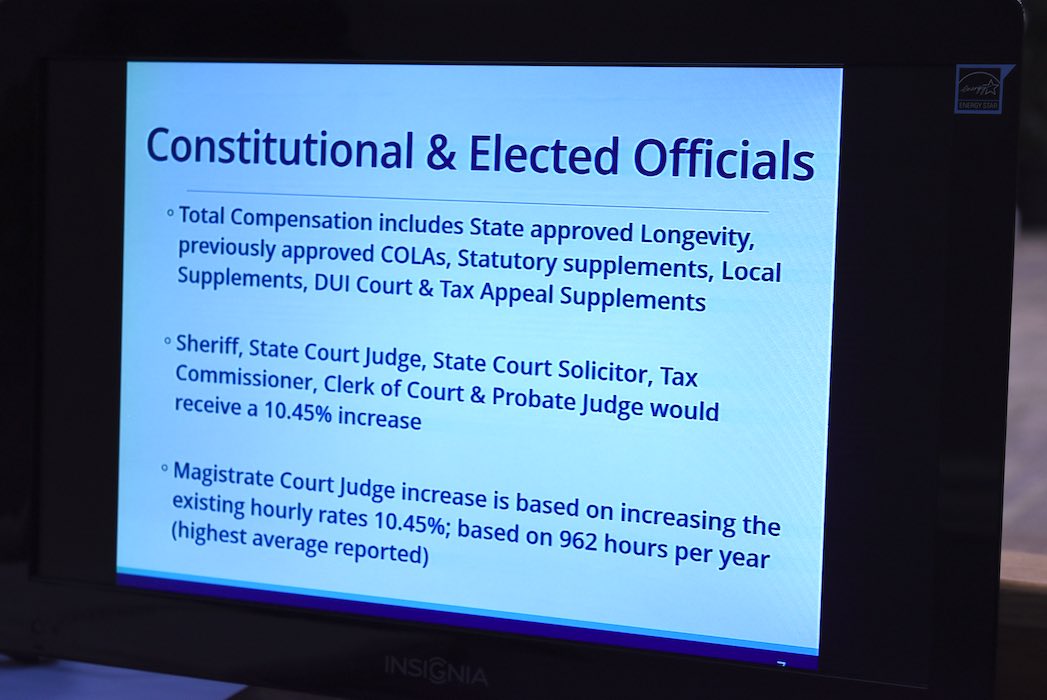 In other action, the commission opened up the taxpayers’ wallet again this year to give “constitutional and elected officers” a pay raise of 10.45% effective Jan. 1.

Every Fayette County employee and countywide elected official now has gotten a raise of more than 10% of base pay from this commission. The raises started with law enforcement and first responders, the county manager and sheriff, and now includes all other local officials elected countywide, including judges and prosecutors — except the county commissioners themselves, who stuck with their current paychecks.

Renting out a spare bedroom about to become more complicated, costly...