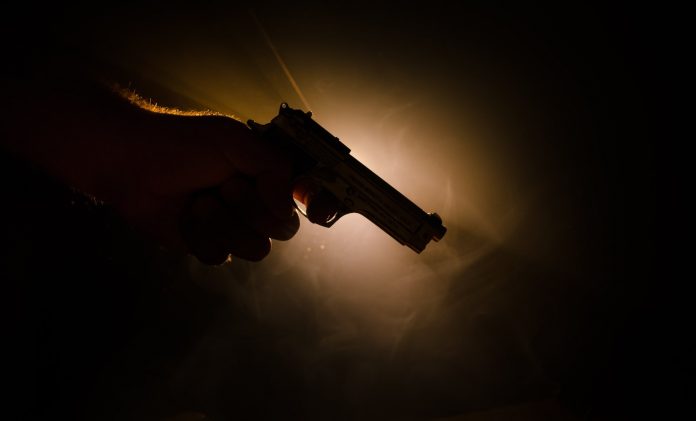 A July 14 incident during a family outing at a trampoline park in Fayetteville resulted in police searching for a man who assaulted a parent whose children were involved in a physical altercation with the suspect’s children. The man then threatened the parent with a handgun.

The Fayette County Communications E-911 Center advised the officer the argument was between two customers and one of the customers brandished a gun, Burdett said.

Upon their arrival at the scene, Burdett said officers met with the remaining customer/complainant from the altercation. They reported they were at the Get Air Trampoline Park with their children when their kids got into a physical altercation with other kids at the trampoline park. The complainant told the kids to keep their hands to themselves. The children left the area.

Burdett said the subject subsequently left the Get Air Trampoline Park in a vehicle which is being used in the investigation to identify the subject.

Witness statements were gathered, and the case was turned over to the Fayetteville Criminal Investigation Division for further investigation.

This is an open and active case. Warrants will be sought for the subject in this case, said Burdett.