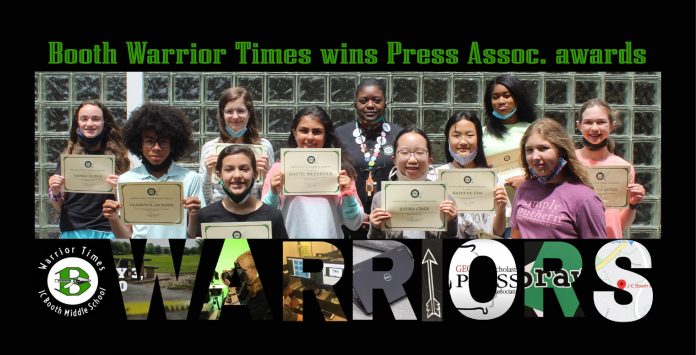 The Booth Warrior Times, the online newspaper of J.C. Booth Middle School, has a staff filled with promising journalists, and their efforts were recognized at the Georgia Scholastic Press Association 2021 Spring Awards.

They are led by advisor Colleen Johnson.

To read more of their work, visit boothwarriortimes.com.