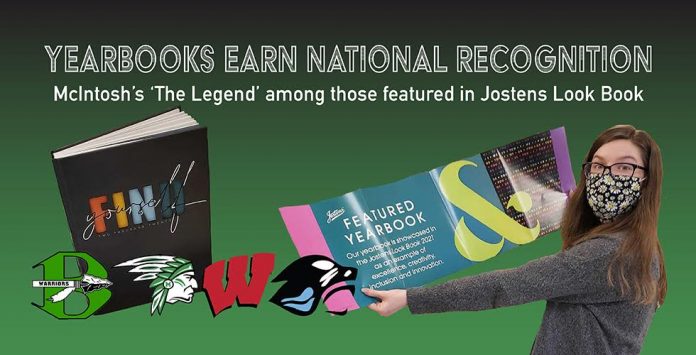 Schools around the world produce yearbooks annually, and McIntosh High’s “The Legend” yearbook ranks among the best of the best. For the third year in a row, The Legend has been featured in the Jostens Look Book.

Of the tens of thousands of yearbooks, Jostens publishes around the world, only 460 appear in the annual Look Book, a comprehensive publication of the best-of-the-best in yearbook design and coverage. Beyond that, only 131 covers were selected for 2020, and The Legend, a 2020 Jostens National Program of Excellence, was honored for its cover for the first time.

Despite uncertain circumstances, the staff produced a top-notch product, even turning to Zoom to finish the book.