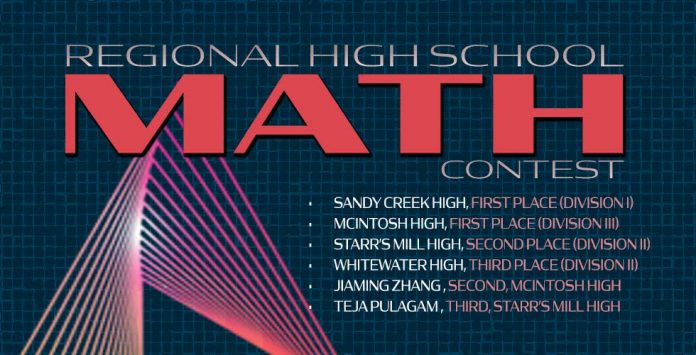 Another victory goes down in the history books as Sandy Creek High and McIntosh High schools successfully defend their championship title in the 2021 Griffin RESA Regional High School Math Contest.

In the individual overall winners round of the competition, Jiaming Zhang of McIntosh High took second place, and Teja Pulagam of Starr’s Mill High placed third.

Over 15 high schools and 75 students participated in the competition. The regional event included students from the school systems of Butts, Fayette, Henry, Lamar, Newton, Pike, Spalding, and Upson counties.