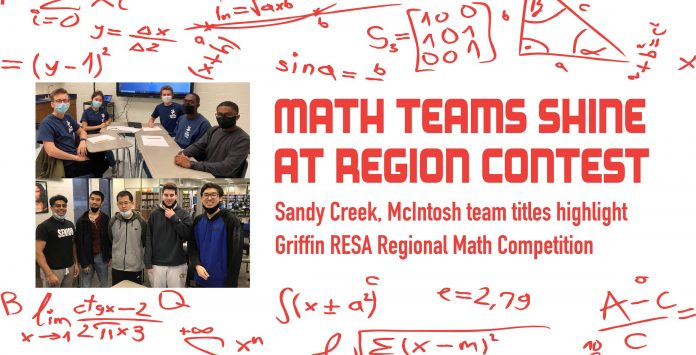 The Griffin RESA Regional Math Competition had a distinctly Fayette flavor with two teams winning their division, along with a pair of standout individual performances. The annual competition had a different feel this year as it was held virtually for the first time, but that did not slow down the local participants.