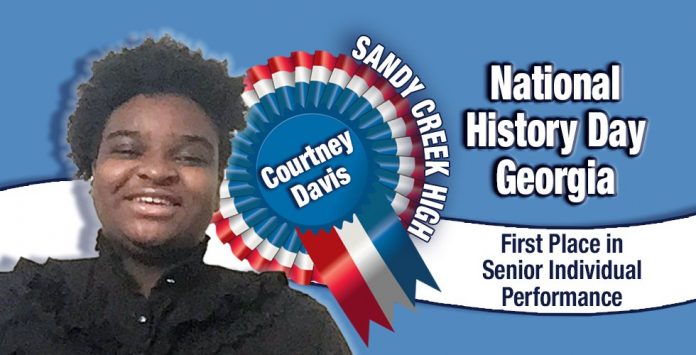 Special awards were won by two groups of student competitors. Caleb Adams, Hunter Maddox, and Ben Elwyn earned the Economic History Award for their website about the life of Alonso Herndon; and Hope Orengo, Kameron Locke and Akari Cortez-Gonzalez won the Alonso Art Ward for their exhibit on Jean Michel-Basquiat. Harris is also their teacher.

Under the guidance of a sponsoring teacher, students choose both their subject matter and a vehicle to present their research within the following categories: documentary, exhibition, paper, performance, or website.

By participating in the competition, students become writers, filmmakers, web designers, playwrights, and artists as they create unique contemporary expressions of history. The experience culminates in a series of contests at the local, regional and state levels, and an annual national competition in the nation’s capital in June.