This is what happened to Mr. Larry Meaders this year. On July 10, 2020, Mr. Meaders, a long-time Peachtree City resident, turned 95. With all of the restrictions due to COVID-19 and some health risks to Mr. Larry, his family was unable to celebrate as they had planned.

This is where the Peachtree City Rotary Club stepped in!

Larry’s wife, Frances, was the first female to join the Rotary Club of Peachtree City in February 1988, less than 1 year after Rotary International opened membership to women. She was also our first female president of the club 1993-1994. As such, Mr. Larry has been an extended member of our club for the last 32 years as well.

In order to celebrate him and to show just how much Larry and Frances mean to members of the club, Rotarians organized a drive-by ‘parade’! More than 20 members, friends and family joined us as we decorated our cars with balloons and signs and drove down Hip Pocket Rd with horns blowing, lights flashing and lots of Happy Birthday wishes being called out to Mr. Larry!

It was a great day for him as he was able to sit by the road and wave his thanks to everyone that participated! 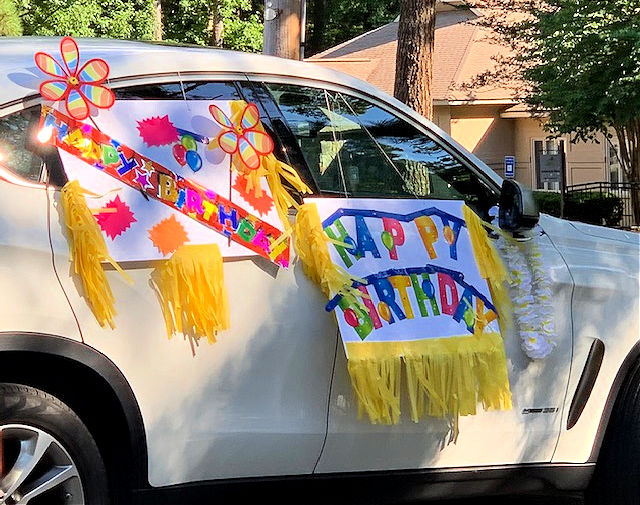