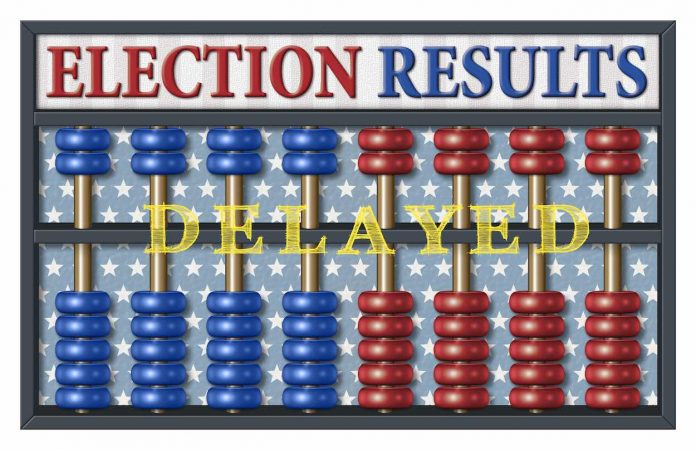 Nearly everyone in Georgia who kept up with June 9 election quickly realized there were problems getting a quick count. In Fayette County and around the state, the laborious task of counting ballots was impacted this year by the Covid-19 pandemic, especially when it came to absentee ballots.

Fayette County Elections Supervisor Floyd Jones said there were a number of factors that slowed the vote count.

One of those was the new voting equipment being used statewide. Another much larger factor, which played out in numerous ways, was the Covid-19 pandemic.

Fayette normally sees several hundred absentee ballots for a given election. This year, that number swelled to approximately 17,000 of the county’s approximately 88,000 registered voters.

Many of the regular poll workers, citing concerns about the pandemic and social distancing, opted not to work, though there were other workers who stepped up to help, Jones said, adding that their help was greatly appreciated.

Though voting on a new system with a number of new poll workers, the real problem was with the absentee ballots and the process through which those ballots are obtained, submitted, verified and counted.

First, a third-party vendor sent the absentee ballot applications via the Ga. Secretary of State. Those applications were returned to the Fayette elections office by citizens in a variety of ways. Some were scanned, some were emailed, others came through regular mail and some were drop-offs at the office, Jones explained.

Each absentee ballot application has to be verified for the correct information. If a problem is found, such as the lack of a signature or other issues, those people have to be contacted to resolve the problem. Unlike most years where that process does not pose as much of a time-consuming issue, this was the year of the pandemic, with 17,000 absentee ballots cast.

Once verified, the local elections office submits the application, and the third-party vendor sends the voter an absentee ballot.

The citizen then fills out the absentee ballot and sends it to the elections office.

Normally by law, elections offices cannot open absentee ballots by mail until the day of the election. This year, and clearly anticipating a deluge of absentee ballots, the state issued an emergency ruling that process could begin as early as June 1.

On June 2, Jones said someone bumped the table holding the state computer, and the computer became disabled. That computer, the only one that could be used for absentee ballots, had to be essentially rebuilt, with that work completed in the afternoon hours of June 5.

For those who have walked into the elections office after the precincts close on a voting day, it is common to see a mass of activity, with dozens of precincts filing-in with voting machines, and elections staff, and the three-member election board, making sure the machines are processed and votes counted.

This year, at around 9 p.m. on June 9, one of the rooms down the hall had boxes of absentee ballots piled high and waiting to be processed by staff working hard to ensure the tally, and another large stack of boxes for which the verification process had been completed. All thanks, in large part, to the pandemic. Seeing the unusual delay brought by Covid-19, the only thing this reporter could say was, “God bless you.”

At the precincts on election day, Jones said there were some early start-up issues, though he received no reports of people not receiving provisional ballots if the voting machines were not ready. The normal procedure is to provide a provisional ballot in the event of a problem.

Jones added that, despite a report from the community, no tech staff quit on election day, though some previously declined to work due to the pandemic.

Beyond that, Jones said there were some voters who showed up at their precinct to vote in-person on June 9, having forgotten that they had already voted absentee.