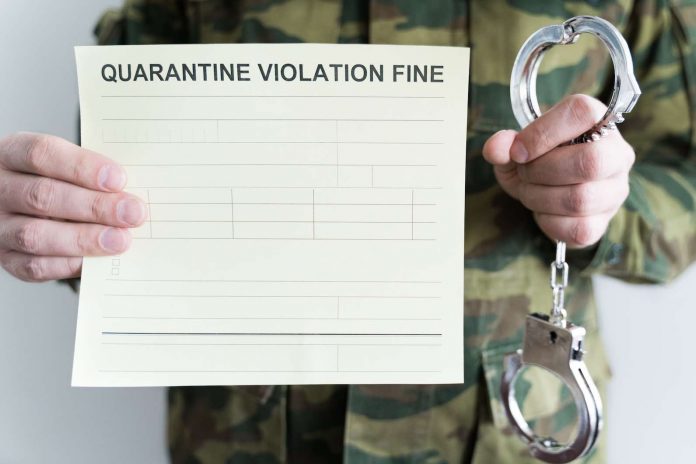 Kentucky governor blocked by U.S. Court of Appeals from enforcing his order against churches —

BULLITT COUNTY, KY – On May 9, in a 3-0 opinion, the federal Court of Appeals for the Sixth Circuit granted an injunction for in-person church services in the case involving Maryville Baptist Church and Pastor Roberts.

On May 2, the Sixth Circuit Court of Appeals granted an injunction for parking lot services for the church. The order was broad enough to cover in-person services, but due to the short time, the Court directed the lower district court to expedite a ruling on in-person services.

The Court ruled that the church is likely to succeed on the merits of the First Amendment Free Exercise Clause and the Kentucky Religious Freedom Restoration Act.

The Court of Appeals wrote: “Keep in mind that the Church and its congregants just want to be treated equally. They do not seek to insulate themselves from the Commonwealth’s general public health guidelines. They simply wish to incorporate them into their worship services.”

The Court said: “The Governor has offered no good reason for refusing to trust the congregants who promise to use care in worship in just the same way it trusts accountants, lawyers, and laundromat workers to do the same. Come to think of it, aren’t the two groups of people often the same people – going to work on one day and going to church on another? How can the same person be trusted to comply with social distancing and other health guidelines in secular settings but not be trusted to do the same in religious settings? The distinction defies explanation, or at least the Governor has not provided one.”

The Court of Appeals continued: “Assuming all of the same precautions are taken, why is it safe to wait in a car for a liquor store to open but dangerous to wait in a car to hear morning prayers? Why can someone safely walk down a grocery store aisle but not a pew? And why can someone safely interact with a brave deliverywoman but not with a stoic minister? The Commonwealth has no good answers. While the law may take periodic naps during a pandemic, we will not let it sleep through one.”

The unanimous Court wrote that what this injunction does is “allow people – often the same people – to seek spiritual relief subject to the same precautions as when they seek employment, groceries, laundry, firearms, and liquor.”

The Court of Appeals concluded that Governor Beshear and other defendants are enjoined “from enforcing orders prohibiting in-person services of Maryville Baptist Church if the Church, its ministers, and its congregants adhere to the public health requirements mandated for ‘life-sustaining’ entities.”

Liberty Counsel Founder and Chairman Mat Staver said, “Two injunctions in two days sends a loud message that Gov. Andy Beshear may no longer discriminate against churches for religious gatherings – whether those gatherings be in-person or in the parking lot. At a minimum, the First Amendment requires that government cannot single out religious worship and churches for disfavored treatment. The Constitution does not have a pause button during a crisis and it will not sleep through a pandemic.”