The state of Georgia revised upward the number of confirmed coronavirus-caused infections overnight to 42 statewide, with five now confirmed in Fayette County.

There’s no official word on where the four new Fayette cases are housed, although one unconfirmed internet report said all five were in a containment area at Piedmont Fayette Hospital in Fayetteville.

The counties with the most confirmed cases are Cobb and Fulton with eight each. Second highest with five cases each are DeKalb and Fayette. Here’s the list:

Below is a state chart of the age ranges and male-female percentages of the confirmed cases so far.

Only one death has been reported out of all confirmed cases. 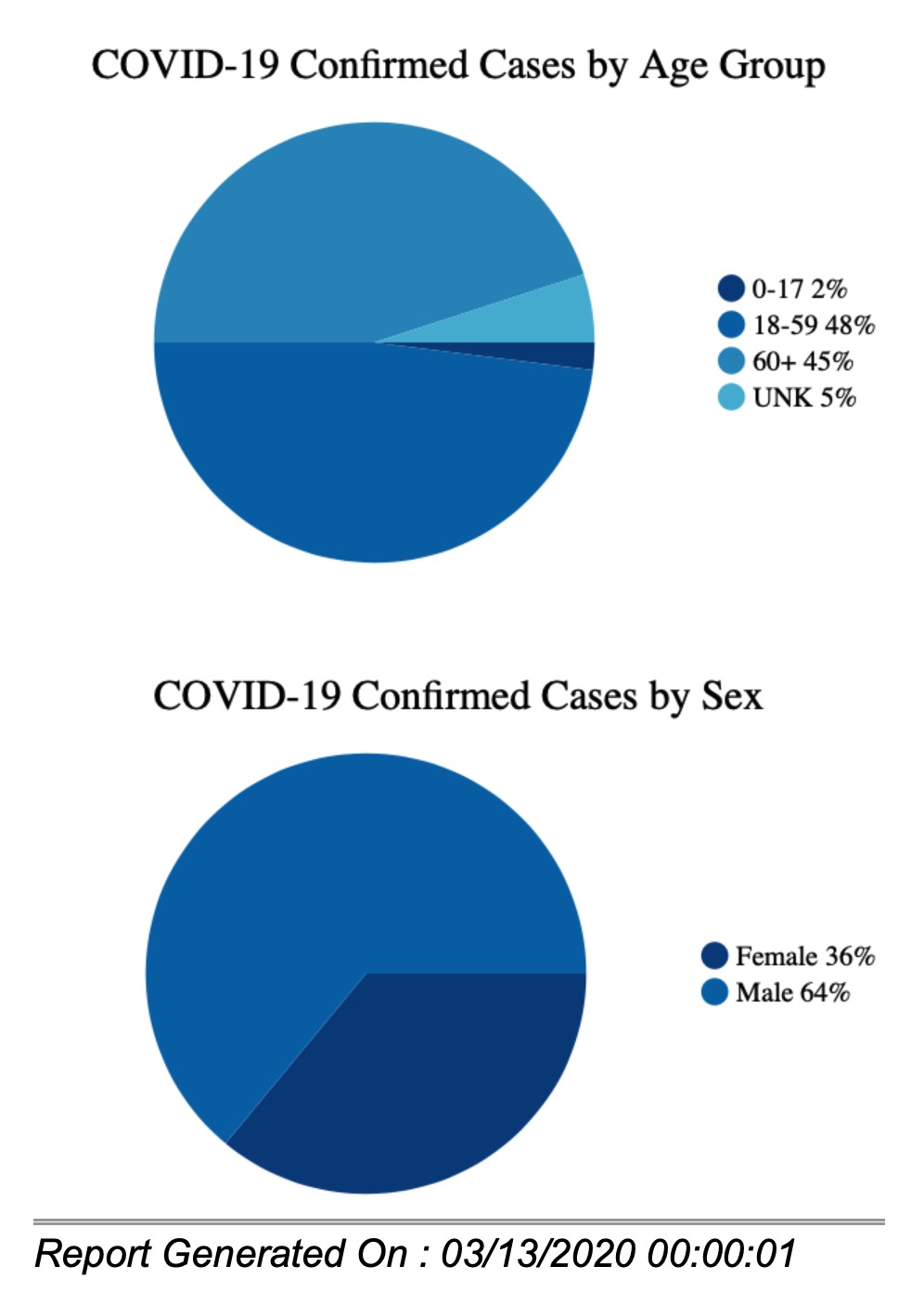