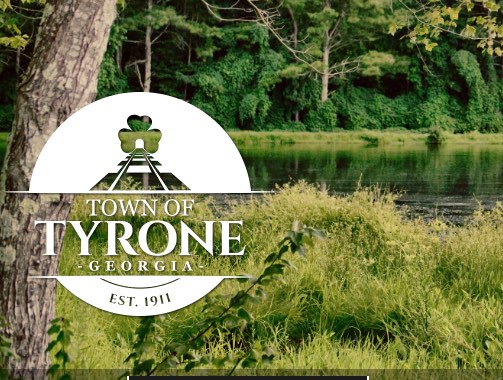 The long-time public comment phase for the Fayette County — 2017 SPLOST (special purpose local option sales tax) Corridors Study aimed at significant roadway improvements on four traffic corridors across the county may be coming to an end, but at least one local government doesn’t like part of what’s being recommended.

The town of Tyrone is opposing a part of the draft proposal that calls for four-laning Tyrone and Palmetto roads, according to an email newsletter sent out by Town Manager Brandon Perkins.

“A portion of the draft study prepared by the third-party engineers/consultants working on this project for the county includes a focus on Tyrone and Palmetto Roads. This portion of the study includes a recommendation from the consultant to consider making this corridor a 4-lane,” Perkins wrote.

“Advertised public hearings were held on March 18, 2019 and on July 15, 2019 at the Fayette County Library. During these events, the public was asked for input on each portion of the study. The few Tyrone residents who were in attendance at these meetings overwhelmingly opposed the proposal to 4-lane this corridor,” Perkins wrote.

“Our representative in the focus group, as well as the Town Manager and elected officials, also made it clear that we were opposed to this idea,” Perkins said.

“However, many citizens from outside of Tyrone were in favor of this idea at the meetings because the only impact for them is positive (quicker travel across the county),” Perkins wrote.

Citizens have until the end of November to comment on the studies, with Fayette County commissioners expected to consider adoption in December or January.

Speaking at the Nov. 14 meeting of the Fayette County Commission, Public Works Director Phil Mallon said the Atlanta Regional Commission-funded studies were conducted based on recommendations from the Fayette County Comprehensive Transportation Plan (CTP) and the county’s desire to develop project scopes that can compete for federal aid. The four corridor studies were done in parallel and the reports are now available for public comment, Mallon said.

The Sandy Creek Road corridor study includes the 4.6 miles from Veterans Parkway in Fayetteville to Ga. Highway 74 in Tyrone.

The Hwy. 279 corridor study at 4.25 miles shows the realignment of Hwy. 279 and Corinth Road, so that Corinth, via a new roadway section, connects to Hwy. 279 to the north; a RCUT (restricted crossing U-turn) at Hwy. 279 and Ga. Highway 85; a short road segment from Corinth to Carnes Drive; and a modified traffic signal at Corinth and Hwy. 85 to accommodate a thru-lane, all at a cost of $8.1 million.

The Tyrone Road-Palmetto Road corridor study calls for a 4-lane widening of the roadway, with a divided median, from Ga. Highway 54 to Dogwood Trail; a roundabout at the Dogwood Trail intersection; a multi-use path on the south side of the roadway; a traffic signal at the Tyrone Road intersection with Flat Creek Trail; and intersection improvements at Hwy. 54 with turn lanes and updated traffic signal phasing. The project cost was estimated at $14.3 million

Also a part of the improvements would be a roundabout at Palmetto Road and Senoia Road in Tyrone at a cost of $1.85 million.

The Banks Road corridor study includes widening Banks to a 4-lane median divided roadway from Hwy. 85 to Hwy. 54; realigning the intersection with Ellis Road and a traffic signal and turns lanes; installing a multi-use path on the south side of the roadway and a sidewalk on the north side; and installing access management features along the short section of Banks Road between Hwy. 85 and Hwy. 314, at a total cost of $11 million.

Mallon said the item was on the agenda to provide the public and commissioners with a summary of the report recommendations and encourage input on the draft documents. They are posted on-line at https://fayettecountyga.gov/transportation-planning/index.htm. Comments may be provided throughout the month of November by email to publicworks@fayettecountyga.gov or by calling 770-320-6010.

The concluding public comment time frame follows two open house meetings where nearly 450 people attended and where nearly 525 comments from the public were received. In addition, the corridor projects had 515 online survey comments.

Staff plans to present the final reports to commissioners for adoption in December 2019 or January 2020, depending on the amount of comments received.