Founded Team Miles for Smiles which raises time money for research to cure Angelman Syndrome – which her youngest daughter has been diagnosed with – and to help other A.S. children to train for and  their first 5k, triathlon, or marathon.

Served in Korea, Germany and Iraq, then won full tuition teaching fellowship back at Yale. Earned Masters in International Relations with concentration in Security Policy and was program valedictorian. Served in multiple high-level government positions in the Department of Defense, Department of State, White House National Security Council Staff, Senate Appropriations Sub-Committee on Defense, and U.S. Mission to the United Nations.

Since 2017, he’s been the Senior Vice President for policy at Human Rights First, a nonpartisan, 501(c)(3), international human rights organization based in New York and Washington, D.C.

Two Masters Degrees: one from Bob Jones University in Educational Administration and Supervision; the other from  Furman in History and Education. Earned EdS certificate from Georgia State, where his graduate paper won first place in National Archives/ Georgia Association of Historians competition.

At McIntosh, he taught World History and was a mentor as well as highly regarded and involved educator. 1991 STAR teacher and 2004 Coca Cola Scholars Foundation Educator of Distinction. Created the Top Banana award to recognize his students who earned exceptional test scores. Sponsored the Young Republicans Club for over two decades. Elected President of the 1300-member Fayette County Professional Association of Georgia Educators (PAGE). 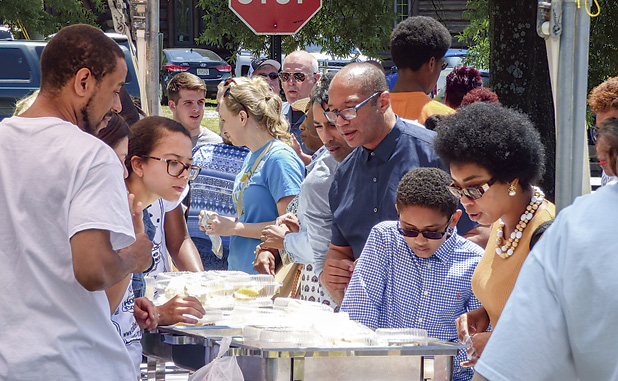