On May 20-21, the Starr’s Mill Girls’ Golf Team made history by becoming the first Fayette County high school sports program of any kind to win three consecutive state championships.

The girls shot a 2-day total of 482 at Sunset Hills Country Club in Carrollton to win the Georgia High School Association 5A championship by 30 shots over Veterans High School out of Warner Robbins. The Panthers were led by three seniors: defending individual state champion Liza Eubanks, Mary Hunter and Ellie Camp, along with sophomore Julia Schafhauser.

The format was an aggregate of the best 3 out of 4 individual scores. The first day, the Panthers struggled on the difficult Sunset Hills greens, posting a 248 total. However, that was good enough for a 7-shot lead over Veterans going into the final round.

On day 2, the Starr’s Mill girls dominated, expanding their lead with a 234 total, a one-day scoring record for the program. Eubanks led the team with a 153 total for 2 days, following by Schafhauser, who came in with a total score of 160.

“I could not be prouder of these girls,” said Starr’s Mill head golf coach Burt Waller. “It is rare that you get a collection of athletes in any sport who bond as a unit. For four seasons, these seniors have been as close as any group I’ve ever coached. The work they put in, the progress they made, it is something incredibly special.”

Fayette County Schools have been fielding sports teams for more than 80 years. In that time, football, soccer, lacrosse, tennis and golf teams from the county have all won back-to-back state titles. But no program had ever pulled off a three-peat until Eubanks holed the final putt for Starr’s Mill.

“It is a huge deal to win one state championship,” Waller said. “There are a lot of schools that have never won one in any sport. Three championships in a row is an accomplishment we might not see again. Those girls deserve all the credit. They made school history.” 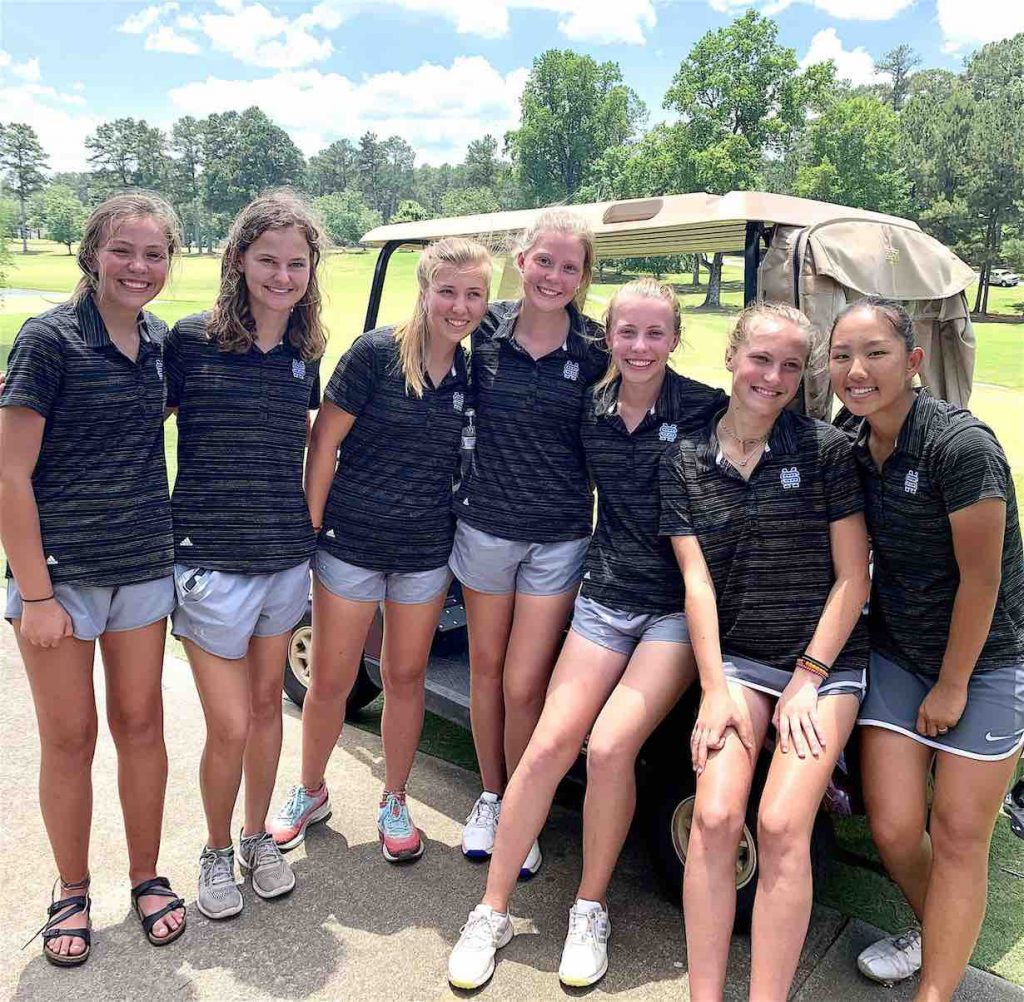