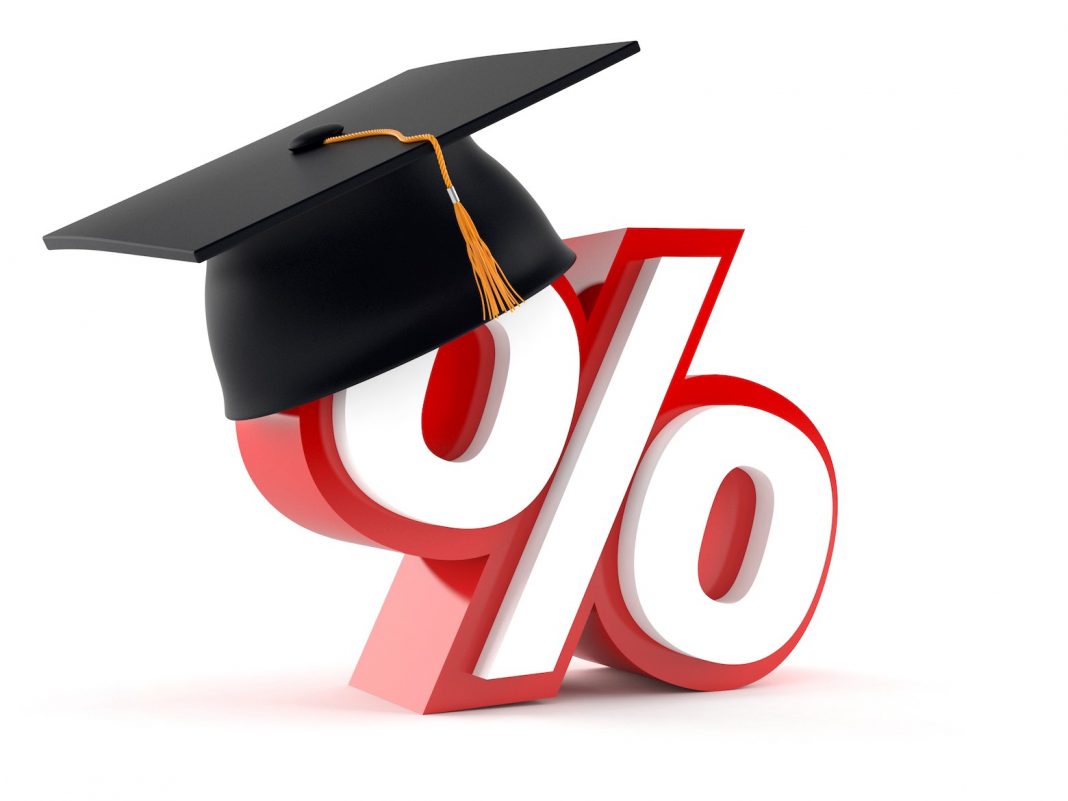 Compared to all school systems in the state with at least 1,000 students in the 2018 graduation class, Fayette’s five high schools combined have the fourth highest graduation rate. The school system’s rate is well above the state percentage of 81.6.

Whitewater High south of Fayetteville tops the county’s list with a graduation rate of 93.9 percent. In number 2 spot is McIntosh High in Peachtree City at 91.7 percent, closely followed by Starr’s Mill High on Peachtree City’s southern boundary at 91.2 percent.

In fourth place in the county is Sandy Creek High in Tyrone at 83.6 percent. In last place is Fayette County High in Fayetteville at 81.4 percent.

Sandy Creek High also saw an increase in its graduation rate, nearly one percent, posting 83.6 percent compared to 82.7 percent in 2017. The school has the 83rd highest graduation rate compared to other high schools with graduation classes of 300 students or more.

When compared to other schools with graduation classes of 300 or more, Starr’s Mill High has the 27th highest graduation rate followed by McIntosh High at 31st  and Fayette County High at 95th.

Fayette’s overall graduation rate took a half percent dip from 2017 when it was 89.3 percent.

High school principals and county administrators are analyzing information from last year’s graduation class to see what supports are needed to help graduation rates increase across the county.