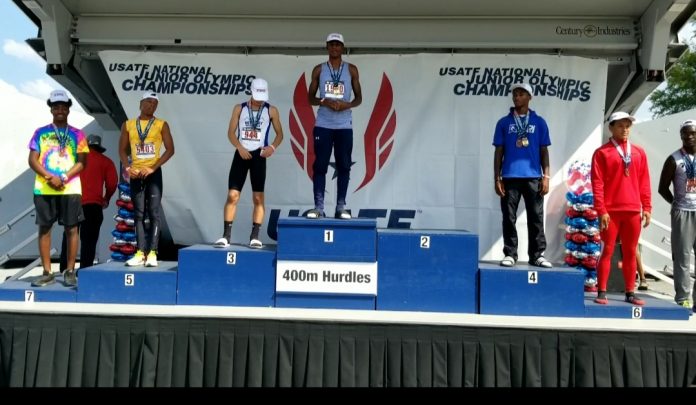 This capped off a season in which he won the same event at the AAU Club Championship at ESPN Wide World of Sports in Orlando as well as the USATF Georgia Association Championships and USATF Region 4 Championships.

He was the anchor leg of the winning 4×400-meter relay team for Sandy Creek High School and placed third in the 300-meter hurdles at the AAAA state championship this past spring as a sophomore.