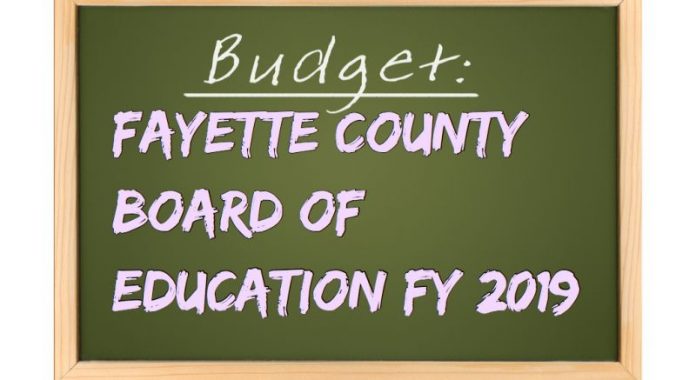 The Fayette County Board of Education on June 25 unanimously adopted a $211.5 million budget for the 2018-2019 school year. The budget included 31 new teachers in an effort to keep class sizes as small as possible.

The increase in expenditures includes items such as 31 full-time equivalent school-level positions, eight classified (such as parapros) positions and a teacher retirement system rate increase of $5.4 million.

A starting teacher receives a salary of $40,358, along with $22,862 in benefits, for a total budget impact of $63,220. Pertaining to benefits, the primary costs are health insurance at $11,340 and payments into the teacher retirement system of 20.9 percent.

Similarly, a teacher with eight years experience receives a total compensation of $84,250. That breakdown includes a salary of $56,717 and benefits totaling $27,533.

One of the reasons often cited by school board members and the administration for increasing the number of teachers deals with keeping student-teacher ratios as low as possible.

The budget includes $212.4 million in expenditures, with direct instruction accounting for 67.2 percent of total expenses.

As is customary in recent years, the new budget maintains a reserve amount totaling 10 percent of revenues, or $22,841,858.