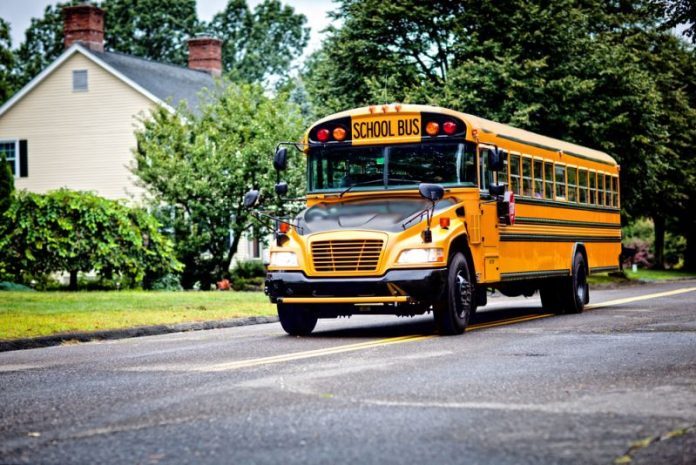 A Newnan woman been charged after hitting a kindergarten girl with her vehicle at a bus stop on Oct. 30 and leaving the scene.

Gloria Blevins, 43, was charged with DUI, leaving the scene of an accident, duty on meeting a stopped school bus and passing in a no-passing zone, according to Newnan Public Information Officer Gina Snider, adding that Blevins was transported to the Coweta County Jail.

Snider said the incident occurred at approximately 2:30 p.m. as students were exiting the school bus in the Avery Park subdivision.

“Lulu” Pedrick, a female kindergarten student, was struck by Blevins driving a Hummer II, Snider said, adding that the she left the scene.

“During the investigation, it was determined that the 5-year-old female student exited the bus, went to the curb on the door side and waited for the bus driver to signal her across the street,” said Snider. “After checking for vehicles, the driver signaled the child to cross in front of the bus. After the child began to cross the street, a grey Hummer2 came from around a curve, changed lanes into oncoming traffic, passed two stopped cars and the bus. The bus driver attempted to stop the child and Hummer 2, but was unable to get the attention of the child and the driver continued past the bus. When the child stepped out from the front of the bus to cross the street, the Hummer2 struck the child with the front passenger side bumper of the vehicle. The driver then failed to stop and continued into the neighborhood. The school bus red lights and stop signs were properly functioning at the time of the incident.”

The bus driver and her parents immediately tended to the student for medical aid. Coweta EMS and Newnan Fire units responded and the child was transported to an area hospital for injuries by air ambulance, said Snider.

Pedrick was transported to a local hospital. Snider said her condition cannot be released by police.

Snider said the Newnan Police Department began a neighborhood canvas for the vehicle and driver.

“After a short period, a local resident alerted officers that a vehicle matching the description was located at a residence in the neighborhood,” Snider said. “Officers went to the residence and found the vehicle. During the investigations, it was determined by physical damage to the vehicle and witness testimony that the Hummer2 was the vehicle that struck the child. The driver was questioned and subsequently arrested for the incident.”